Vineet Mittal, Chairman, Avaada Power, spoke about renewable energy growth in India, his expectation from the interim budget and room for RBI rate cut in February during an interview with Swati Khandelwal, Zee Business. 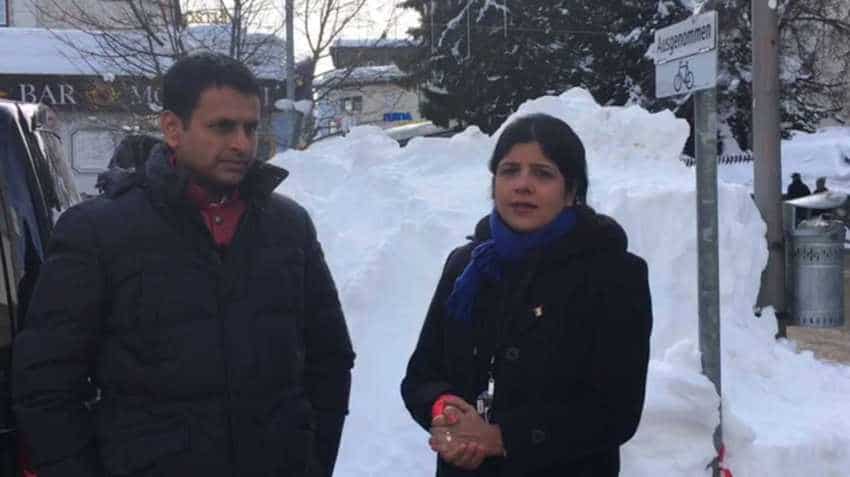 The government should clear our doubt on GST rates on solar and have also spoken about it with the finance minister during a meet: Vineet Mittal. Image source: Zee Business

Vineet Mittal, Chairman, Avaada Power, spoke about renewable energy growth in India, his expectation from the interim budget and room for RBI rate cut in February during an interview with Swati Khandelwal, Zee Business. Edited Excerpts:

Q: Renewable space has been a topic of discussion at WEF 2019, Davos, and many nations have progressed on that frontier including India, who has taken a big task. Do you think that India is moving in a line and can achieve its target of generating 75gigawaat of solar energy and some bit of wind energy?
A: Sustainable and clean energy has always been a topic of discussion at Davos. Interestingly, the world has realised, after the Arctic melt, that they should implement climate change actions. This is real and genuine. And, India has turned up to be the world’s second/third largest solar and wind market. The previous government had a target of generating 20,000-megawatt (MW) solar energy which was increased to 1lakh megawatt solar and 75,000-megawatt wind energy.

The industry has the capability to from 25,000 to 50,000 MW but land acquisition is a big challenge for the sector. In addition, reverse auction in gives room for gambling where people in their trial to compete take the cost to the lowest level, which is viable but decreases the return and capability to commit a mistake. The government should also define a minimum cap for bidders’ as the maximum cap is decided by them. Such a capping will help projects to get funds from the banks.

Q: Interim budget is around the corner and I would like to know about your demand from the finance minister?
A: The government should clear our doubt on GST rates on solar and have also spoken about it with the finance minister during a meet. At the time of the announcement, solar was brought under 5 per cent GST slab but the confusion was created after few states started slapping 18 per cent GST on it by terming it as a movable product while 5 per cent was slapped by others who felt, it is an immovable product. Later, they, the government gave its clearance on the subject, but the rate went up to 8.9 per cent. However, the clarification created a problem in which the tenders, which were finalised at 5 per cent rate, will turn up to be a disputed one under the 8.9 per cent GST. So, we expect that the government will clarify its stand on the issue and end the dispute.

Secondly, India doesn’t have a healthy manufacturing infrastructure for the solar sector and the government should encourage the industry by creating incentive structures to support it.  Interestingly, the Ministry of New and Renewable Energy (MNRE) has had several consultations with the industry and has sent a recommendation to the finance ministry. And, the industry is quite optimistic and hope that the policy will be approved.

The third demand is related to loans for the solar sector as Indian banks sanctions a loan up to Rs15 crore for the priority sector. And, solar is the safest sector as it provides an annuity income business which doesn’t need the support of variables as it is dependent on the Sun.

Apart from this, insurance companies do not invest in the sector despite its long life, which makes it one of the most suitable sectors for the insurance industry. Although you have a contract of 25 years or 30 years. When it comes to priority sector lending then the RBI should recommend that the banks should consider the solar sector as a priority sector. It will increase the viability of the sector and may help the government to meet its 2022 goal in 2021.

Q: The industry has been demanding a rate cut from RBI. Do you think that rates can be slashed this time when the policy is announced?
A: It should happen even China has done it and if China can lower its CRR by 1 per cent than it should be taken into consideration at least when India is facing the problem of the liquidity crisis. I feel, the RBI governor should slash the interest rate by looking at the low inflation rate, which is low. He should reduce the interest rate by 1 per cent and CRR should be slashed by 1 per cent. We should learn something from China, who has supported the industry when they saw that their economy is struggling. We keep thinking, debating while reducing although they increase it whenever they feel that there are chances to take a call.