Student of the Year 2 box office collection prediction: This is how much SOTY 2 is expected to earn on opening weekend

Film Trade Analyst, Sumit Kadel told Zee Business Online, '' The box office collections of SOTY 2 will depend on the content and story, but as of now, Rs 30 to 35 crores are expected on its opening weekend. 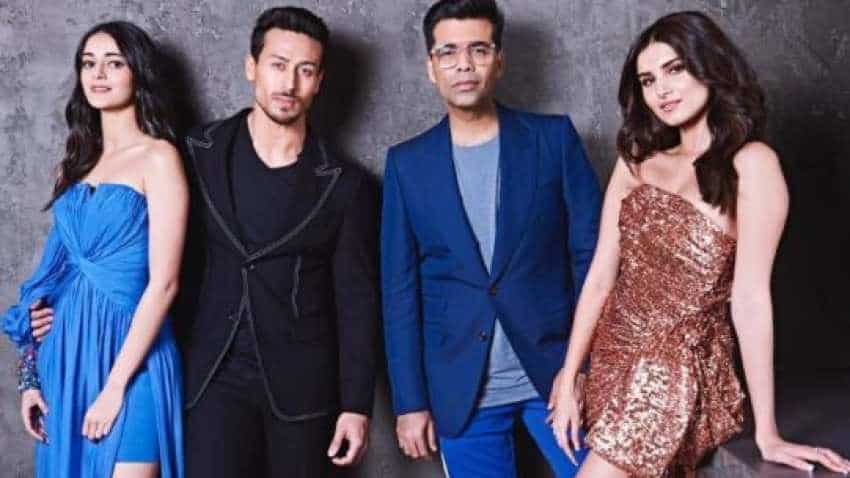 Student of the Year 2 (SOTY 2) box office: Tiger Shroff, Ananya Panday and Tara Sutaria starring is releasing this Friday (Tomorrow). Karan Johar's franchise is looking to set up new records because of its promising starcast, and a blockbuster prequel. The movie is expected to have a great start at the box office. The romantic teen drama and the SOTY first was the blockbuster hit, while it is also interesting, how this new cast and content will take on Indian box office.

Film Trade Analyst, Sumit Kadel told Zee Business Online, '' The box office collections of SOTY 2 will depend on the content and story, but as of now, Rs 30 to 35 crores are expected on its opening weekend. Though trailer and songs of the movie have not been much responsive but the presence of Tiger and Karan Johar's franchise, audience will give it a chance to score.''

SOTY 2 is one of the most awaited Bollywood movies of this year and Tiger is certainly one of them, as his last film Baaghi 2 was a huge hit. Also, the two debutant divas – Ananya and Tara will be marking their presence in Bollywood. Lastly, SOTY 2 is the sequel to Student of the Year that featured Alia Bhatt, Varun Dhawan and Siddharth Malhotra.

Now, SOTY 2 is expected to good mixed dose of romance, action and drama. Being based on college life, it is likely to attract a good number of young audience as the prime target audience of this film is students and people between 25 to 30 years of age.

''The film is expected to earn around Rs 10 to 11 crores in its opening day and will likely to have an impact on sales due to running Hollywood superhero saga, Avengers: Endgame,'' Kadel explained.