Indian markets have now surpassed the pre-budget levels on the back of heavyweight scrips like Reliance Industries, HDFC twins, Infosys and SBI. Along with these scrips, the other beaten down stocks have propelled the S&P BSE Sensex to new record highs. 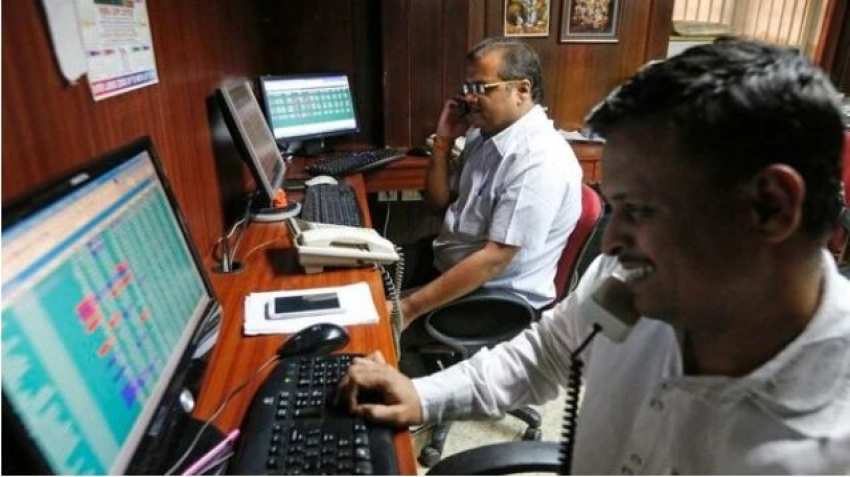 Positive cues from both global as well as domestic markets have helped the markets move up higher. Image source: Reuters
Written By: IANS
RELATED NEWS

Indian markets have now surpassed the pre-budget levels on the back of heavyweight scrips like Reliance Industries, HDFC twins, Infosys and SBI. Along with these scrips, the other beaten down stocks have propelled the S&P BSE Sensex to new record highs. After almost 10 per cent decline over growth concerns and unpopular taxes introduced in the Union Budget, big-ticket government measures to combat slowdown like a sharp corporate tax cuts, at least the markets, if not the economy seems to be on the road to recovery.

However, analysts also say that unlike the past few rallies this, is a broad-based one. According to Shrikant Chouhan, Senior Vice-President, Equity Technical Research, Kotak Securities said leaders of the rally are: HDFC twins, Reliance Industries, Bajaj twins, Maruti Suzuki ,Infosys, SBI, ICICI bank, TCS and BPCL, Britannia and Hindustan Unilever are the key driver and will continue to attract investment.

"In the last 10-days, around 8-10 heavyweights stocks of Sensex have been the major drivers of the market`s up-move, these include stocks like SBI, Tata Motors which have gained on the back of healthy quarterly results," Motilal Oswal Financial Services Private Retail Research Head Siddhartha Khemka said. "Even, the Mid-caps have started to perform well in the last one and a half months and in particular the last 10 days. There has also been a broad based inflow of foreign funds as well," Khemka said.

Positive cues from both global as well as domestic markets have helped the markets move up higher. On the global front, sentiment got a boost after the news that the US and China have agreed to proportionally roll back tariffs on each other`s goods in phases. "The rally in the last two month has been broad based with strong performance from large, mid and small cap. It has been due to positive signs on earnings growth from Q2FY20 due to cut in corporate tax, reduction in raw material cost and better results of the banking sector," said Vinod Nair, Head of Research, Geojit Financial Services.

Nair added that it is providing a hope that earnings growth will expand further from h2fy20 due to reforms, government stimulus, improvement in global economy, monsoon and cut in interest rate. Valuation are back to premium level which could have some impact in the short term but outlook for equity market has improved a lot for long term gains.

On the domestic front, the measures announced by the Finance Minister yesterday helped revive interest in real estate related companies as well as finance companies with exposure in real estate, including some of the housing finance stocks. On expected lines, the government has been consistently following up with measures to revive the economic growth, which we believe would be positive in the long term, experts said.

Other factors are also encouraging, like strong FII buying interest, better than expected quarterly results and expectations of further stimulus from the government, experts noted.