Zee Business Managing Editor Anil Singhvi in a candid conversation with market analyst Vikas Sethi on Tuesday asked him to reveal his stock picks for short-term. 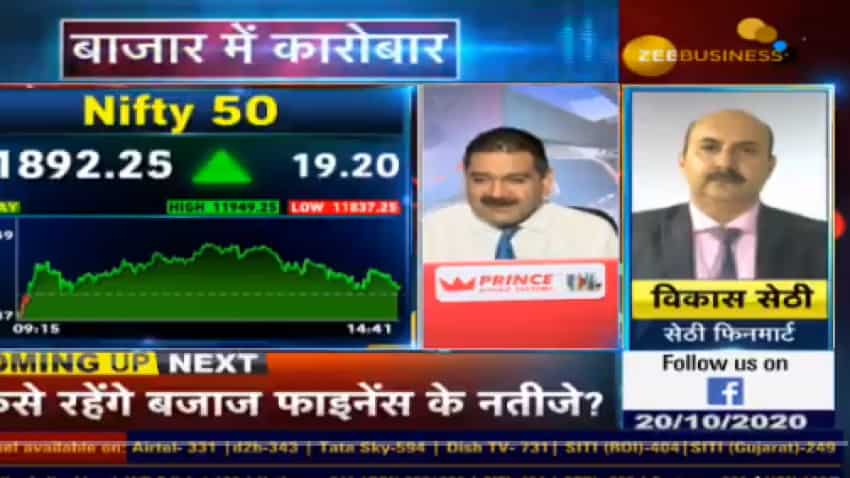 Zee Business Managing Editor Anil Singhvi in a candid conversation with market analyst Vikas Sethi on Tuesday asked him to reveal his stock picks for short-term.  Sethi, while recommending his top stock picks, said that he has identified two shares and both are front counters.

He picked first stock from cement industry space. Recommending Ambuja Cements, he said like ACC, the results of Ambuja Cements are also likely to be good and the company might also announce a big dividend. Explaining the logic behind dividend, he said there is no discount in the price of the stock in Cash market and Futures market. He said the stock has rallied a bit from its bottom but a short-term target of Rs 260 could be achieved till Thursday, the day the company is to announce its results. He put a stop-loss of Rs 245 and suggested to buy it at CMP of Rs 250.

Find out detail analysis of the coverage in video below:

Picking Tata Chemicals, a Tata group company stock, Sethi said the stock that deals in chemical sector and is an agri-focus company should be bought at current market price of Rs 321. Bolstering his claim, he said that Tata group has shown interest in the company and only recently increased its stake in it. He said fundamentals of the stock is good and it could be gauged from the fact that Tata Sons stake in the company is 2.5 times of the current market cap and hence from valuation point of view too, the stock is a good buy. He gave an immediate short term first target of Rs 330 and another of Rs 335 for the stock and put a stop-loss of Rs 315. While talking about the valuation of Tata Chemicals, the market Guru also vouched for the stock and said it is considered as hidden value stock.

Having a son has changed my perspective of life: Hardik Pandya