Stocks that dented ace investor Rakesh Jhunjhunwala’s wealth in 2018; Are they in your kitty as well?

Some 32 stocks are in Jhunjhunwala’s kitty, and interestingly, in 2018, only three shares have added money to this investor’s kitty. These are the stocks that disappointed Jhunjhunwala in 2018. 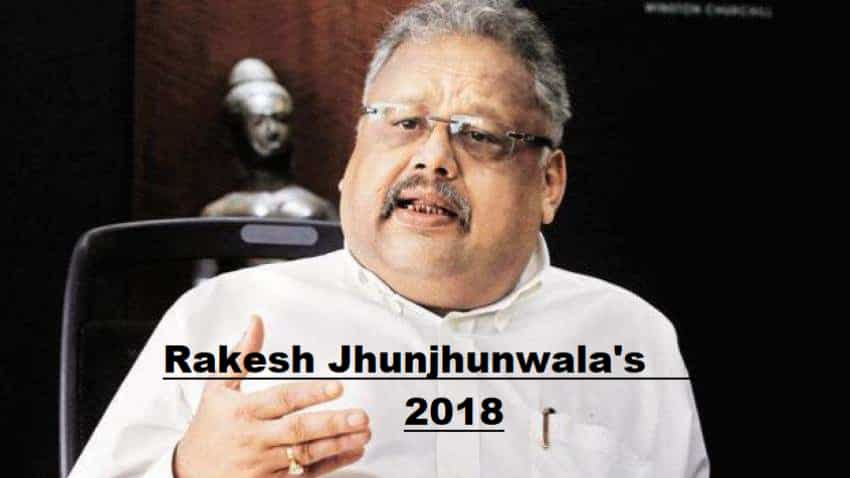 Even major investors fall prey to markets sentiment. This was the case for the big bull of Dalal Street in 2018. Photo: Reuters

Gaining and losing money is part and parcel of equity market functioning. The first few words that hit hard, when it comes to having an appetite for equities, are - highly volatile, risky, critically sentimental and hefty returns. A lot of patience is needed for trading, something which ace investor Rakesh Jhunjhunwala has mastered already. However, even major investors fall prey to markets sentiment. This was the case for the big bull of Dalal Street in 2018. Some 32 stocks are in Jhunjhunwala’s kitty, and interestingly, in 2018, only three shares have added money to this investor’s kitty. These are the stocks that disappointed Jhunjhunwala in 2018.

It was Being Human’s, The Mandhana Retail, which was the worst performer in Jhunjhunwala’s portfolio in 2018. It dropped nearly 77%.

Even Jhunjhunwala’s new investment SpiceJet and Fortis Healthcare failed to give a good result in 2018, as they tumbled by 37.78% and 9.8% respectively. He holds 1.25% stake in SpiceJet and 2.41% in Fortis.

Other stocks that slumped in 2018 for Jhunjhunwala were - MCX, Karur Vysya Bank, Delta Corp, Agro Tech, CRISIL, Federal Bank, Escorts, Jubilant Life Science, Lupin in the range of 3% to 20%.

There were only three stocks that gained in 2018. These were - Titan Company by 9.48%, Firstsource Solution by 21.54% and VIP Industries taking the lead by rising nearly 49%.

Titan would be Jhunjhunwala’s favorite stock, as half his wealth has been a courtesy of this jewelry stock. He holds about 7.12% in Titan. Whereas, the investor holds 2.90% in Firstsource and 3.69% in VIP.

If we look at the 2017 performance, 2018 has definitely turned out to be  a not so great year for the Warren Buffett of India. Jhunjhunwala revealed in an interview, that 70% of his portfolio rose in 2017. Considering only three stocks gained for Jhunjhunwala, that means the ace investor’s just 13.71% portfolio made him rich.

Coming back to 2019, Jhunjhunwala has already shocked investors by saying he does not wish to make any gains in this year. In an exclusive interview during the Diwali 2018 period, Jhunjhunwala stated that, he asks God to give him power not to gain in 2019.

Well, whether Jhunjhunwala makes any investment in 2019 or not, will be keenly watched. Also it would be very interesting to see the performance of stocks where he is already invested.