Stocks in Focus on April 28: Axis Bank, IndusInd Bank, RBL Bank, Adani Powerto IT stocks, these are the five stocks that are expected to remain in news throughout the intraday trade. 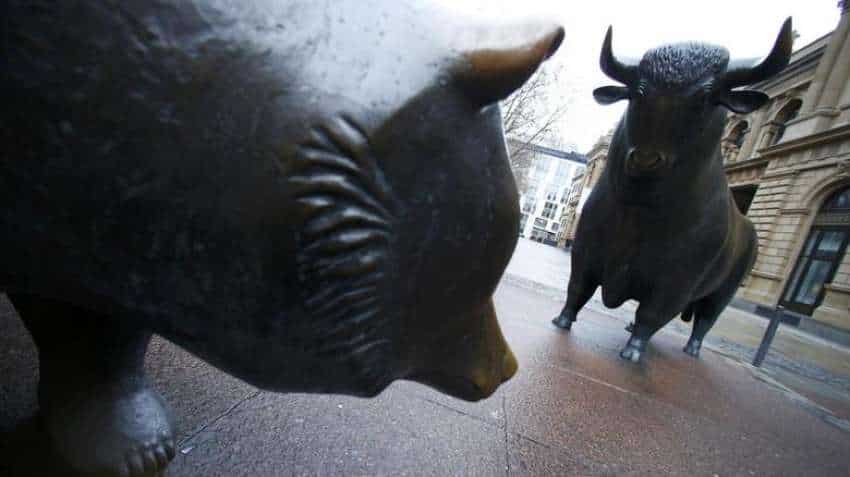 Stocks in Focus on April 28: Certain stocks came in news after the market was closed on Monday. These stocks can impact the indices when it reopens on Tuesday. Photo: Reuters
Written By: Jitesh Kumar Jha
Edited By: Asit Manohar
RELATED NEWS

IndusInd Bank: The private lender on Monday posted 77 per cent quarter-on-quarter (QoQ) fall in profit at Rs 301.8 crore for the quarter ended March 31, 2020. Its profit stood at Rs 1,300.2 crore in the December quarter. The net interest income (NII) increased 5 per cent on a quarterly basis to Rs 3,231 crore against Rs 3,074 crore. Percentage of gross non-performing assets (NPA) stood at 2.45 per cent in the March quarter against 2.18 per cent as of December 31, 2019. Provisions and contingencies increased 134 per cent QoQ to Rs 2,440.32 crore. It said, Net NPA is lowest in 4 quarters and NIM is highest in 19 quarters. The bank’s management Says, during FY20, as well as Qtr4, the Bank has witnessed healthy growth in its topline as well as in its pre-provision operating profits. Rural India will be one of the big pillars of growth soon.

Adani Power: Adani Group’s power arm Adani Power Limited on Monday reported a consolidated net loss of Rs 1,312.86 crore for the quarter ended March 31, mainly due to higher operating cost. It reported a profit of Rs 635 crore in the same quarter of the corresponding year. Its revenue slipped 8.2 per cent to Rs 6,172 crore from Rs 6,722 in the year-ago period. Its margin stood at 3.3 per cent against 9 per cent of the last year. Besides, The Board has also recommended enabling resolution(s) for seeking approval of the shareholders at the ensuing annual general meeting to raise funds by issue of Equity Shares for an aggregate amount up to Rs 2,500 crores.

HDFC Life Q4FY20 Yoy- weak HDFC Life Insurance Co Ltd reported a 15 per cent year-on-year (YoY) decline in the net profit at Rs 312 crore for the quarter ended March 2020 compared with Rs 364 crore in the same quarter a year ago. Its premium income in the quarter edged up 2.2 per cent to Rs 10,476 crore from Rs 10,251 crore in the same period a year before. The board also approved raising of up to Rs 600 crore via non-convertible debentures (NCDs). Vibha Padalkar, Managing Director and CEO said the impact of the outbreak has been seen on new business and renewals.

Wockhardt: Wockhardt Hospital Mumbai reopened on Monday to treat people with coronavirus infection. The hospital has reopened itself three weeks after authorities had declared it a containment zone on finding that several of its nurses and doctors had become infected.

IT sector:  IT sector will be in focus as IT industry veteran Senapathy Gopalakrishnan has said that more than 10 lakh information technology employees are expected to work from home even after coronavirus-inflicted lockdown situation returns to normalcy. Besides, five US-based former employees of IT services provider Wipro have filed a class-action suit against the company alleging “discriminatory employment practices” based on race and nationality. The suit was filed last month in the district court of New Jersey.