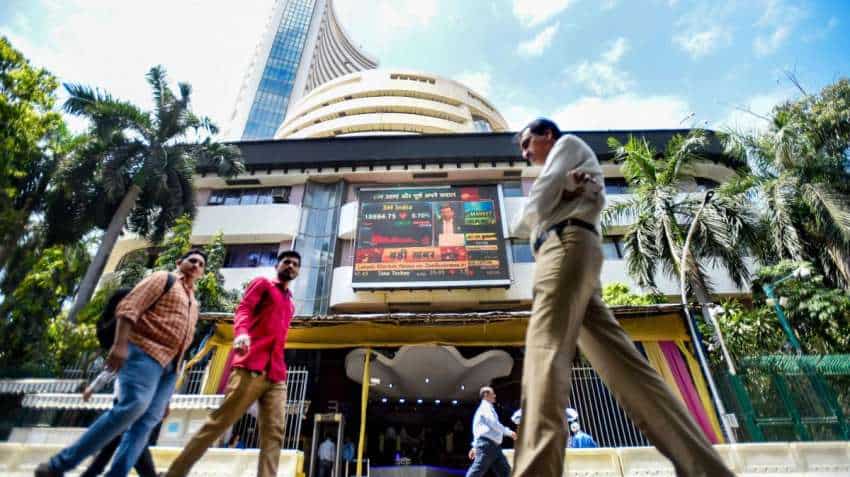 The stock markets today ended the day in the red, partially reversing Thursday’s gains. Both the BSE Sensex and NSE Nifty 50 were down by almost 0.4 per cent at close. While the Sensex was trading at 36,594.33, down by over 143 points at the end of the day’s trade, the broader market Nifty 50 was trading 10,768.05, down by over 45 points around this time.

In the 30 share BSE Sensex, only 9 stocks ended in the green while the remaining 21 closed the day in the red. The top gainers on Friday in the closing trade were Reliance Industries, Sun Pharmaceuticals, Hindustan Unilever, Bharti Airtel and TCS while the top losers were Axis Bank, Indusind Bank, Titan HDFC and ICICI Bank.

Among the top Nifty indices, Nifty Bank, Nifty Auto and Nifty Metal traded negatively, down by almost 2.3 per cent, 0.6 per cent and 0.6 per cent respectively, minutes before the closing. Nifty IT traded almost flat around this time while Nifty Pharma traded positively.

On Thursday, the Sensex ended at 36,737.01, rising by almost 1 per cent while the Nifty 50 closed at 10813.45, also up by over 1 per cent. The Indian stock markets traded with a positive sentiment on Wednesday with Nifty indices - Nifty Bank, Nifty Auto and Nifty IT all trading positively.

Asian shares were set to open mostly lower on Friday as record-breaking new coronavirus cases and deaths in several U.S. states stoked concerns that new lockdowns could derail the economic recovery, and investors looked forward to earnings season. Australian S&P/ASX 200 futures were down 0.41 per cent, Japan`s Nikkei 225 futures edged up 0.02 per cent, and Hong Kong`s Hang Seng index futures lost 0.87 per cent. E-mini futures for the S&P 500 added 0.12 per cent.