Stock Market Prediction: Hero MotoCorp shares are poised for an upside swing of around 30 per cent by December 2019 - the stock has just hit its lowest levels in the last 4-5 years. 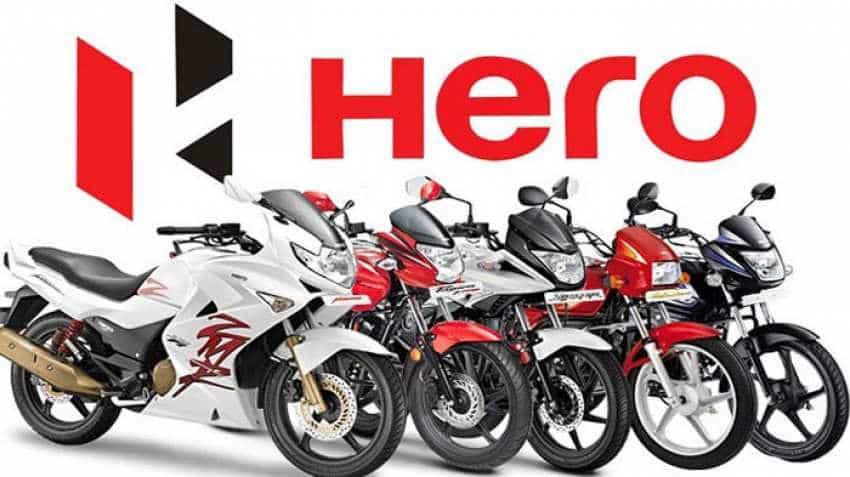 Stock Market Prediction: Heavy selloff triggered into the auto stocks has led to the lowest levels of some auto shares and Hero MotoCorp is one such stock. Photo: Reuters
Written By: Asit Manohar
Edited By: Harish Dugh
RELATED NEWS

Stock Market Prediction: The auto segment among the Indian indices has received the maximum beating in recent years. Such heavy selloff triggered in the auto stocks has led to the lowest levels of some auto shares and Hero MotoCorp is one such stock. The Hero MotoCorp share price is at around Rs 2,600 and after the series of news government mulling series of measures to boost the auto sector like relief in GST, special package for auto sector etc. are expected to have their effect on the Hero MotoCorp shares. According to the stock market experts, the Hero MotoCorp shares are poised for an upside swing of around 30 per cent by December 2019 as the stock has hit its lowest levels in the last 4-5 years.

Speaking on the Hero MotoCorp share price outlook Prakash Pandey, MD and CEO at Plutus said, "Hero MotoCorp has given 4-4.5 per cent yield and it is showing a strong upside momentum. If the government announced the measures that have been hitting the news headlines like relief in GST rates for the auto sector and special package to the auto sector, then Hero MotoCorp share is expected to be a major beneficiary as the company is the leader in Indian two-wheeler segment."

Asked about the suggestion he would give to the stock market investors Pandey said that the counter is expected to show Rs 3,400 per stock levels by December 2019 - in around four months. The Hero MotoCorp share price is expected to oscillate around Rs 2,600 and in the next four months, an investor can buy the two-wheeler counter for 30 per cent gains. However, Pandey strictly suggested the investors maintain a stop loss of Rs 2,350 and keep on adding at every dip in the counter.

Standing in sync with Prakash Pandey's vies SEBI registered technical stock expert Simi Bhaumik said, "Auto, banking and finance sector stocks are expected to outperform other sectors as these stocks have received the maximum beating in recent past. However, I would bet high on the auto sector as its major stocks are at its lowest levels. In the four-wheeler segment, Maruti Suzuki is the better option for a stock market investor while in the two-wheeler segment, Hero MotoCorp is the stock that share market investors can look at." She said that the two-wheeler segment is expected to do well and fuel the auto sales, Hero MotoCorp shares are expected to give high returns as the counter is at its lowest level in the last five years. She advised investors to take a buy position in Hero MotoCorp shares and suggested that every dip in the stock should be taken as a buying opportunity.