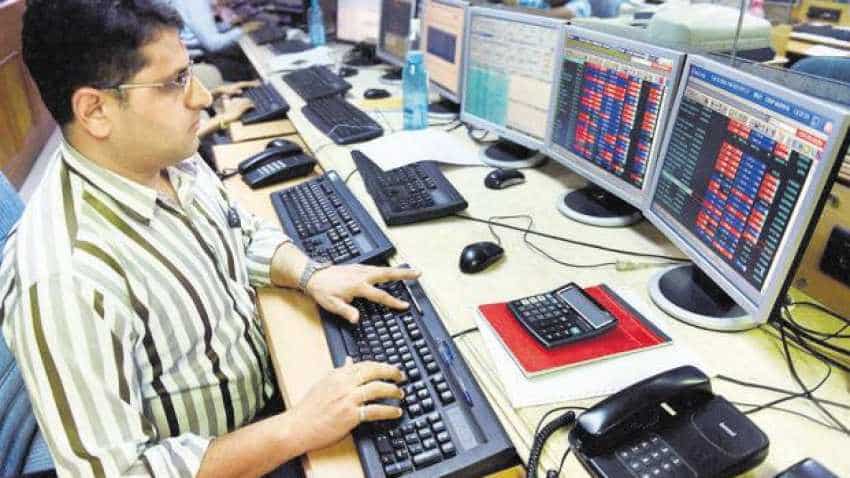 All the negative global indicators can be pared by one positive in the Indian domestic economy, which is positive FII. Photo: PTI
Written By: Asit Manohar
RELATED NEWS

After gaining in two successive trade session, the Indian indices turned red on Friday. Though the correction was minor as BSE Sensex lost around 53 points and Nifty went off by 22 points, it has put Indian investors in doubt as to whether this correction was caused by the weekend profit booking or due to the global uncertainties. After the weak US job data, the Wall Street extended its bear run for the fifth straight session and the global markets are expected to react over it on Monday, say experts.

Therefore, it becomes important to know the major factors that will drive Indian indices in the coming week. After having a consultation with various market experts, we come out with the top five factors that would be the major driver for Indian and other global markets:

US employment growth almost stalled in February, with the economy creating only 20,000 jobs, adding to signs of a sharp slowdown in economic activity in the first quarter. The meager payroll gains reported by the Labor Department on Friday were the weakest since September 2017, with a big drop in the weather-sensitive construction industry. They also reflected a decline in hiring by retailers and utility companies and the transportation and warehousing sector, which is experiencing a shortage of drivers. The weak US report added to economic fears in the global markets and Indian bourses can't remain insulated from these developments in the US.

The Sino-US trade talks is facing a new roadblock, as Chinese officials hesitate at committing to a presidential summit until the two nations have a firm deal in hand, reports Wall Street Journal quoting its sources in Beijing. Since, the global investors are in a wait and watch situation till fresh cues comes in from the US-China trade talks, the recent bump in US-China trade talks may have its bearing on the global and Indian markets.

However, all the negative global indicators can be pared by one positive in the Indian domestic economy, which is positive FII. Customary, the Indian economy has received bulk of dollar flow in the month of February to March as exporters get their payments and corporates receives their FII investment in this period. So, smooth FII flow may help Indian indices to pare the losses incurred by the above two factors.

Speaking on the matter Anindya Banerjee, Analyst at the Kotal Securities told, "Dollar flow in the month of February and March is expected to go up as corporate would be receiving a hefty FII's investment and exporters would be gaining their traction in this period. But, there are chances of RBI chipping into the Forex market and buy dollar below Rs70/dollar levels. In such a scenario, I think the dollar won't go below Rs 69/dollar levels." He said that the IIP and CPI numbers would be announced on Tuesday in India and it may have its impact on the Indian indices.

The Federal Reserve Chief Jerome Powell is going to deliver his speech on Monday and Tuesday and the whole world would be watching his speech as it is directly related to his rate change stance. Though, the Fed chief is under immense pressure to increase interest rates, he has been maintaining his dovish stance on the rate change. In fact, the Wall Street Journal has quoted Fed chief Jerome Powell that there is no need to change interest rates. Hence, we can expect the same in his speech either on Monday or Tuesday and hence the global markets including Sensex, Nifty and other Indian indices may cheer the dovish stand of the Fed Chief.

The British member parliaments would pass their verdict on the Prime Minister Theresa May's Brexit plans on Tuesday after a full day debate. So, the voting results are awaited late evening and hence the Indian indices may witness its impact on Wednesday. Since, Brexit vote will have a direct impact on the European Central Bank (ECB), the global markets are sensitive to this important Brexit taking place on Tuesday.

Hence, these five global and domestic indicators are expected to drive the Indian markets at Dalal Street and the market experts are suggesting investors keep an eye on developments in this regard.