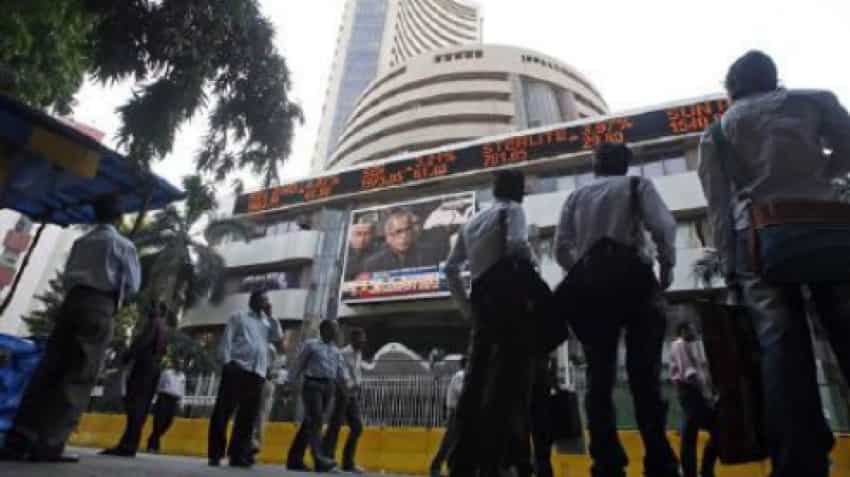 The rupee moved weaker during the day, was down by 60 paise to 70.05 against US dollar, even as crude oil corrected further. The Brent crude took a dip of 1 per cent to trade at $53 per barrel. Reuters

The rising streak of one week for Indian markets ended today amid weak global cues. The BSE Sensex dipped 363 points, whereas Nifty 50 plunged 110 points breaching 10,800, levels during the session. The 30 share Sensex closed at 35,891.72, jumping 363 points or 1 per cent down. While NSE Nifty50 fell 117 points or 1.1 per cent to close at 10,792.50. Cabinet meeting to take major decisions like interest subsidies for export merchants, restructuring of National Health Agency etc is likely to impact trade in coming weeks. All the major sectors closed red on Wednesday. The GST collection for December 2018 was Rs 94,000 crores lower from the last month.

Kunal Saraogi CEO, Equity Rush told Zee Business Online that there is strong support at Rs 10,600, and at Rs 26,900, for Bank Nifty. However, he added that coming few weeks will be volatile but, watchful as the markets tend to move towards new highs. The cement and housing shares to be watchful in the coming weeks as Prime Minister Narendra Modi said that the GST Council is planning to reduce GST rates on under-constructed houses to 5 per cent.

"The recovery in the US and Asian markets sending strong signals, the markets will have a positive trend in a new year after January 7," Saraogi claimed.

The rupee moved weaker during the day, was down by 60 paise to 70.05 against US dollar, even as crude oil corrected further. The Brent crude took a dip of 1 per cent to trade at $53 per barrel.

Strong global cues, hope for trade settlement between U.S and China, easing tensions between White House and Federal Reserve is likely to support domestic markets in upcoming days. However, there may be a major impact on markets in coming weeks because of the setback to the economy over the bad news on fiscal deficit between April to November, low GST collection amid further liquidity infusion into the banking sector.