Tata Motors blockbuster performance, has been consistent since the start of Monday’s trading session. In fact, in just two day’s time, the automaker has given more than 17% return. Last week on Friday, Tata Motors share price finished at Rs 179.25 per piece. 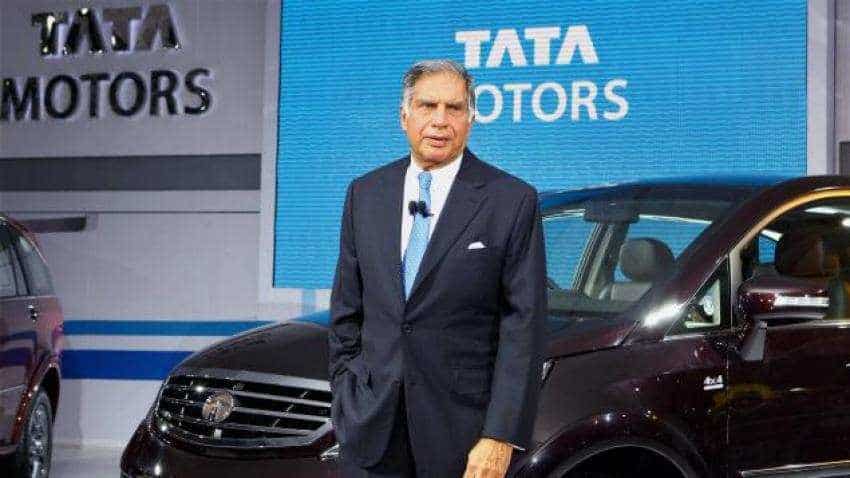 It was in February month this year, when automaker Tata Motors witnessed slump. There was over 30% drop and all-time low of Rs 129 per piece, which for your information was worst performance done by Tata Motors since its listing days. Real reason was a massive loss of some Rs 27,838 crore, due to asset impairment in its luxury car Jaguar Land Rover (JLR) in Q3FY19. Coming back to JLR, it has its own bittersweet symphony. JLR has been the major reason to why investors lost their faith completely in Tata Motors once upon a time. But as they say, never underestimate experience and a company which was formed by philanthropist Ratan Tata. Why? Because they have the power and ability to withstand any shockwaves. And Tata Motors is that one proven example.

But did you know, Tata Motors blockbuster performance, has been consistent since the start of Monday’s trading session. In fact, in just two day’s time, the automaker has given more than 17% return. Last week on Friday, Tata Motors share price finished at Rs 179.25 per piece.

The shower of love in Tata Motors was such that, investors in fact even made heavy buying in its Tata Motors DVR. The latter surged by 6.17% before ending at Rs 98.05 per piece on Nifty. But in 2 day’s time, Tata Motors DVR has rocketed by nearly 16%.

On February 08, 2019, Tata Motors touched a new low of Rs 129 due to Q3FY19 losses and JLR weak sales in China and Brexit impact. But since then, Tata Motors has turned stones into gold, as it has risen by over 58% in less than two months.

Current investor optimism is due to March 2019 sales, where Tata Motors posted a whopping 16% growth in domestic commercial and passenger vehicles,  by selling  678,486 units compared to  586,507 units over the same period last year.

Domestically, Tata’s sales has shined in all categories of its vehicles. In commercial car, sales rose by 17% with 468,692 units in Q4FY19 compared to 399,317 units sold during the same period last year.

However, commercial passenger carrier segment sales, grew by 4% at 54,198 units compared to 51,870 units sold last fiscal. But it was passenger vehicles which recorded highest ever sales in six years with  210,143 units, a growth of 12% in Q4FY19, compared to 187,321 units in corresponding period of previous year.

If sales have shown good performances, this is an indication that domestically Tata Motors earning will also see some revival.

Talking about Tata Motors share price, Epic Research said, “The stock was trading in oversold territory for a while as it was clouded with all the negative news related to JLR and its BS. The negative news was priced in and was dragging the stock prices lower. In the last few months, we have seen some good consolidation in the stock at lower levels of 190 - 150. This actually has brought in some good fresh money and long term investments.”

Earlier, Priya Ranjan, Apoorva Patil and Vikrant Gupta, analysts at Antique Stock Broking in their report said, “Narrowing of JLR margins, coupled with a negative free cash flow are likely to remain key near-term concerns. Further dark clouds loom over JLR in the form of Brexit deal uncertainty and growth challenges/ delayed recovery in its key market China. Nonetheless, we expect some volume growth tailwind for JLR in FY20e from a promising model-cycle with I-Pace, Defender and new Evoque, akin to Evoque-led traction in FY12 in the backdrop of similar global macro fears.”

Also Tata Motors decision to chalk down losses and put aside for impairment of asset in JLR is a sign of improvement in the luxury car brand ahead.

To investors, Epic Research says, “We believe the current momentum may continue as the stock has now given a breakout from this consolidation. POint of inflection for the stock is now placed at 180 - 185 levels while going forward the extension of current move points to a higher target of 240 - 242. So one must have a buy on dips approach at lower levels for a higher target.”

If we take current price movement and target ahead, Tata Motors is further set to rise by 20%. This means one can still continue buying the stock.