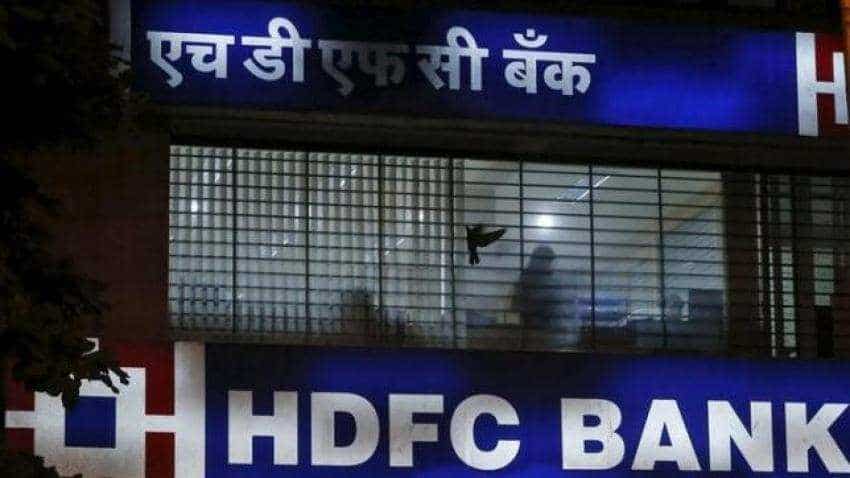 Talking about HDFC Bank's Q4FY19, Nitin Aggarwal, Alpesh Mehta and Yash Agarwal Research Analysts at Motilal Oswal said, "HDFCB has been consistently gaining market share across retail product segments. The bank’s strong capitalization and liquidity levels are likely to help it sustain this growth momentum. We expect HDFCBK to deliver 22%/22% loan book/PAT CAGR over FY19-21. Margins are likely to remain stable, while strong control on operating leverage is likely to result in steady return ratios (RoA/RoE of 1.9%/17.2% in FY21E). We maintain our Buy rating with a target price of Rs2,650 (3.7x FY21E ABV for the bank)."

Mona Khetan and D. Vijiya Rao analysts at Reliance Securities said, "The Bank’s strong lending and deposit franchise, healthy capital position and impeccable asset quality performance across cycles have been aiding stable RoAs over the years. At CMP, the stock trades at 1-year forward multiple of 3.7x. Marginally tweaking our earnings estimates for FY20E/FY21E, we maintain our BUY recommendation on the stock with an SOTP-based Target Price of Rs2,650 (based on 3.7x FY21E adjusted PBV and the value of its subsidiaries, implying a FY21 P/ABV of 3.8x)."

Analysts at JM Financial said, "Positively, the pick up in wholesale loans, which management largely attributed to short-term loans to higher-rated corporates, has not come at the expense of NIMs. Deposit growth was strong (+8% QoQ), as CASA inched up 170bps QoQ to 42%. HDFCB’s best-in class PCR is now at 71% (117% including general and floating provisions) as slippages moderated in the quarter to 2%. HDFCB remains one of our top picks in the banking sector. Maintain BUY."

Hence, one can continue to make buyings in HDFC Bank considering post Q4FY19 result, as the bank is well placed in its segment ahead.