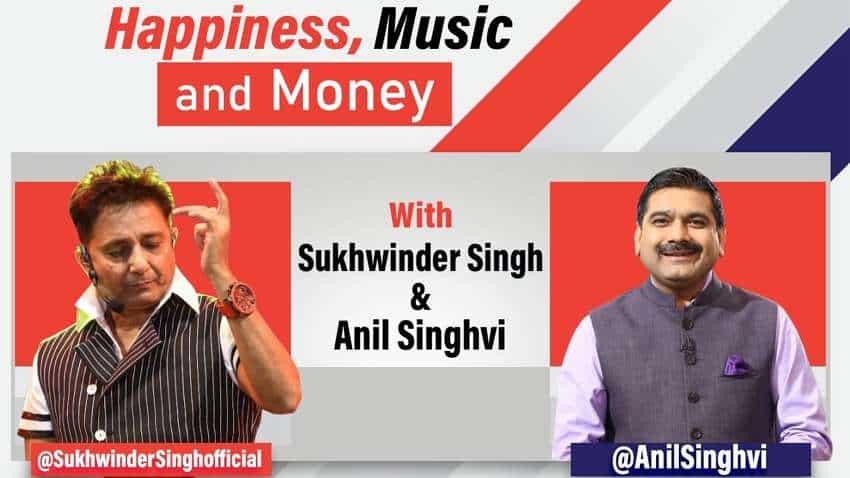 Zee Business Managing Editor and renowned stock market guru Anil Singhvi today went live on Facebook with famous Bollywood singer and 'Chaiyya Chaiyya' fame Sukhwinder Singh. This superhit #StarsOnZeeBusiness session was streamed LIVE on the social media page of India's Number 1 business news channel. This thrilling one-on-one combo of music and markets left the fans thrilled. What is more, fans got a chance to interact in real time with the market guru - it just can't get better than that!

Singhvi in the fun-filled session congratulated Sukhwinder for his wonderful work and said that it is very rare for people to have such a God-gifted voice. Extending Eid wishes to everyone, Sukhwinder Singh said he saluted the corona warriors who are relentlessly working in these trying times of covid 19 pandemic.

During the chat, Sukhwinder said that it is painful to see the labourers, who are the real force behind these big and luxurious buildings, left stranded on roads with no option in these trying times of covid-19 pandemic.

Sukhwinder during the chat also sang his famous chartbuster 'Chak De India'. On Anil Singhvi's request, Sukhwinder also shared one of his compositions on Lord Shiva.

Sukhwinder Singh is an Indian singer best known for his work as a Bollywood playback artist. Singh is famous for singing “Chaiyya-Chaiyya” for which he won the Best Male Playback Award at the 1999 Filmfare Awards. The song, from Mani Ratnam’s 1998 film Dil Se.., was composed by A. R. Rahman, written by Gulzar, and sung in duet with Sapna Awasthi. It was also featured in the musical Bombay Dreams and, in remixed arrangements, in the titles and credits segments of Spike Lee’s 2006 film, Inside Man. Singh later gained more international fame for singing “Jai Ho” from the film Slumdog Millionaire, which won an Academy Award for Best Original Song and a Grammy Award for Best Song Written for a Motion Picture, Television or Other Visual Media.

Recently, Anil Singhvi spoke to King of Bollywood music Mika Singh, and Bollywood Diva Celina Jaitly under the series #StarsOnZeeBusiness. The sessions were filled with fun, music, money, markets and much more.