Ministry of Housing & Urban Affairs (MOHUA) has announced the results of the Star Rating of Garbage Free Cities. 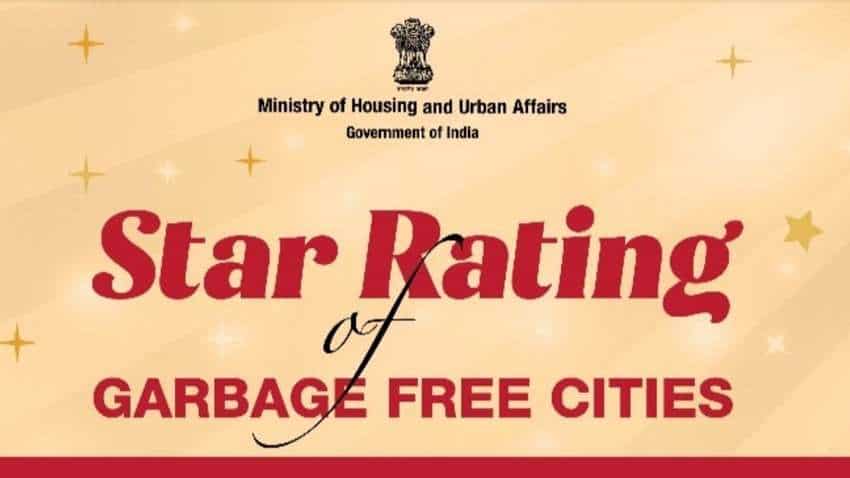 Is your city liveable? Govt to launch liveability index next month

Ministry of Housing & Urban Affairs (MOHUA) has announced the results of the Star Rating of Garbage Free Cities. Hardeep Singh Puri, Minister of State (I/C) for Housing and Urban Affairs, has informed that for the assessment year 2019-2020, a total of six cities have been certified as 5-Star (Ambikapur, Rajkot, Surat, Mysuru, Indore and Navi Mumbai), 65 cities as 3-Star and 70 cities as 1-Star. Puri also launched the revised protocol for the Star Rating of Garbage Free Cities at the event.

The Star Rating Protocol was launched by the Ministry in January 2018 to institutionalize a mechanism for cities to achieve Garbage Free status, and to motivate cities to achieve higher degrees of cleanliness.

In the recent phase of Star Rating Assessment, 1435 cities applied. During the assessments, 1.19 crore citizen feedbacks and over 10 lakh geo-tagged pictures were collected and 5175 solid waste processing plants were visited by 1210 field assessors.

While 698 cities cleared the desktop assessment, 141 cities have been certified with Star Rating during field assessment. The low number of certifications signifies the rigorous and robust certification mechanism of the protocol.

Addressing the media, Puri said, “The importance of sanitation and effective solid waste management has been brought to the forefront now due to the COVID crisis. In fact, it would not be an exaggeration to say that the present situation could have been much worse had it not been for the critical part that SBM-U has played in the last five years to ensure a high degree of cleanliness and sanitation in urban areas. Five years ago, we introduced Swachh Survekshan (SS), the annual cleanliness survey for urban India that has proven immensely successful when it comes to improving urban cleanliness through a spirit of healthy competition. However, since it is a ranking system, several of our cities, despite doing exceptionally well, were not being recognized appropriately. The Ministry, therefore, devised the Star Rating Protocol for Garbage Free Cities - a comprehensive framework similar to our examination systems where each ward in every city must achieve a certain standard across 24 different components of solid waste management (SWM) and is graded based on overall marks received”.

Is your city liveable? Govt to launch liveability index next month