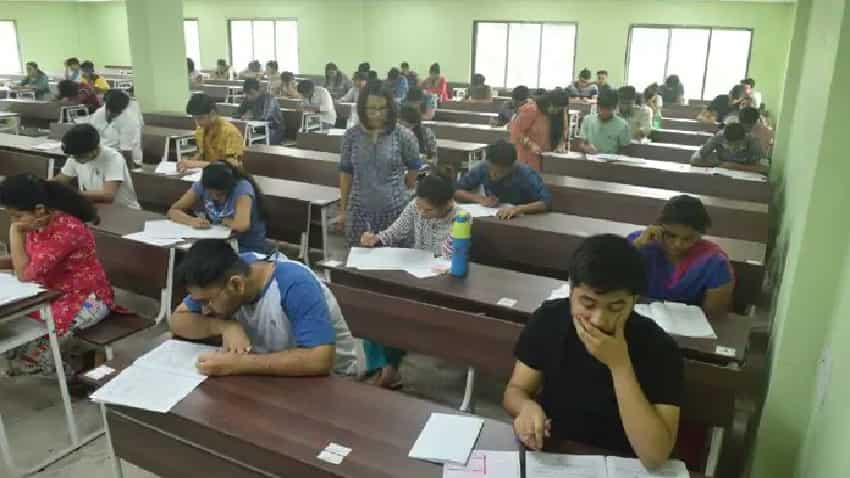 SSC revised the provisional result released earlier, as it came to the conclusion after evaluating the answer keys that there were discrepancies in some 13 questions. Image source: IANS
Written By: ZeeBiz WebTeam
Edited By: Harish Dugh
RELATED NEWS

SSC examination dates: Decision to be made in May

The Staff Selection Commission (SSC) has released the revised result for Constable (GD) in Central Armed Police Forces (CAPFs), National Investigative Agency (NIA), SSF and Rifleman (GD) in Assam Rifles Examination 2018. A total of 5,35,169 candidates have been qualified for the Physicall Efficiancy Test (PET) and Physical Standard Test (PST). The candidates who had appeared for the  SSC GD Constable exam for various paramilitary forces may check their results on the SSC official website, ssc.nic.in.

SSC revised the provisional result released earlier, as it came to conclusion after evaluating the answer keys that there were discrepancies in some 13 questions. The revised result was issued on September 12, 2019, on its official website, ssc.nic.in.  Earlier, SSC declared SSC GD Constable Result 2019 on June 20, 2019.

"Due to revision in the final Answer Keys, raw scores of candidates belonging to the above 8 shifts have been revised."

SSC examination dates: Decision to be made in May