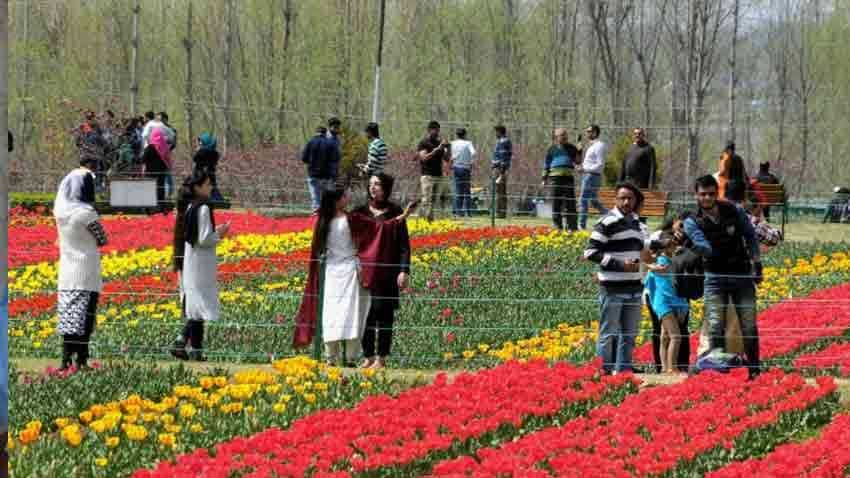 Srinagar, March 5 (IANS) With both the minimum and maximum temperatures continuing to improve in Jammu and Kashmir and Ladakh, several varieties of spring flowers like the daffodils and hyacinths have begun blooming in the valley.

Meteorological (MET) department has forecast fair weather till Friday evening followed by a short spell of rain and snow till Sunday.

"Possibility of heavy snow over isolated places particularly over higher reaches cannot be ruled out," a statement issued by the MET department said.

Srinagar recorded 4.2 degrees Celsius, Pahalgam minus 0.3 and Gulmarg minus 2.4 as the minimum temperature of the day.

Maximum temperature in Srinagar and Jammu was 19.6 and 27.8, respectively on Thursday.

Leh town of Ladakh had minus 6.7, Kargil minus 7 and Drass minus 9.9 as the night`s lowest temperature.