Spider-Man: Far From Home box office collection: Sony’s $160 million sequel to Spider-Man: Homecoming and the first movie in the Marvel Cinematic Universe after Avengers:Endgame, witnessed a surge in its collection on Sunday in India. 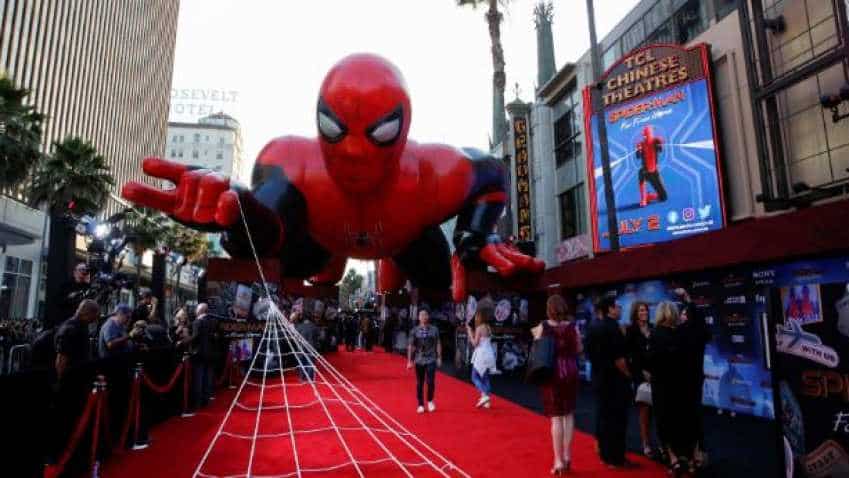 Spider-Man: Far From Home box office collection: After earning Rs 10.05 crore on Thursday and Rs 8.79 crore on Friday, the film witnessed a surge in collections during the weekends. Image source: Reuters
Written By: Bivekananda Biswas
Edited By: Manas Tiwari

The American superhero film based on the Marvel Comics character Spider-Man collected Rs 12.41 crore on Saturday, and Rs 15.41 crore on Sunday.

The movie dominated the ticket window in opening weekend despite ongoing Cricket World Cup and the supper performance of Shahid Kapoor's Kabir Singh. How Spider-Man: Far From Home does during the weekdays that will give us a clearer picture about its fortunes.