The 90-seater variant is part of SpiceJet's second purchase order for up to 50 Q400 turboprops placed in September 2017 worth USD 1.7 billion. 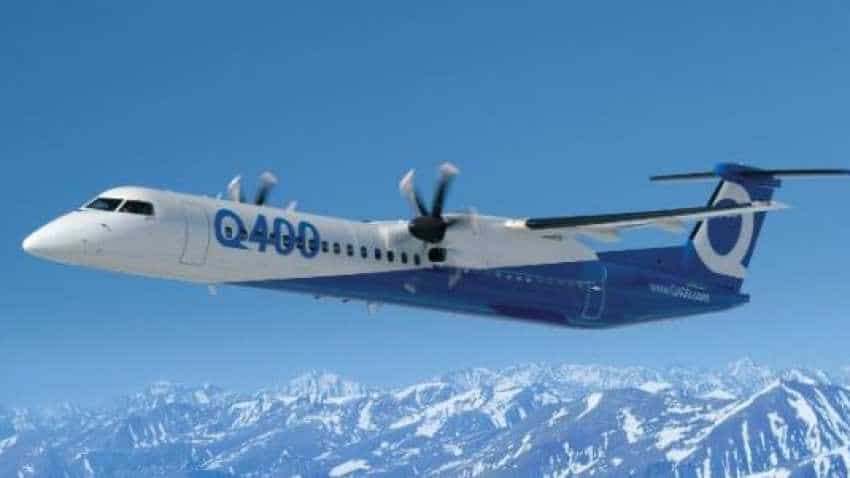 Budget carrier SpiceJet Tuesday said it plans to expand its regional jet fleet to 32 aircraft by adding five more 90-seater Bombardier Q400s. The move is aimed at augmenting capacity in the domestic markets especially on regional routes, following the near collapse of Jet Airways, which has resulted in massive surge in air fares besides mismatch in demand and supply amid peak travel season. Three of these planes will join the fleet in the next ten days while the remaining two will be inducted by June, SpiceJet said in a statement.

The Gurugram-based no-frills carrier had last week announced dry leasing of 16 Boeing 737-800 NG for the carrier. "As part of our efforts to augment capacity and minimise passenger inconvenience, SpiceJet will induct five more Q400s in addition to the 16 B737s we announced last week," SpiceJet chairman and managing director Ajay Singh said. The sudden reduction of aviation capacity should in no way hamper air connectivity to the smaller towns and cities of India and as the country's largest regional operator, SpiceJet will make all possible efforts in this direction, Singh said.

The 90-seater variant is part of SpiceJet's second purchase order for up to 50 Q400 turboprops placed in September 2017 worth USD 1.7 billion. Spicejet has already inducted five planes as part of this order. It also operates a 78-seater variant of the same aircraft.

SpiceJet operates 516 average daily flights to 60 destinations, including 51 domestic and 9 international ones. The airline has a fleet of 48 Boeing 737, 27 Bombardier Q-400s and one B737 freighter.