SpiceJet stock was trading up 2.9% to Rs 99.80 in the early morning trade on BSE on Tuesday a day after its chief Ajay Singh has paid Rs 2.02 lakh towards settlement charges under the Sebi regulations on Monday. 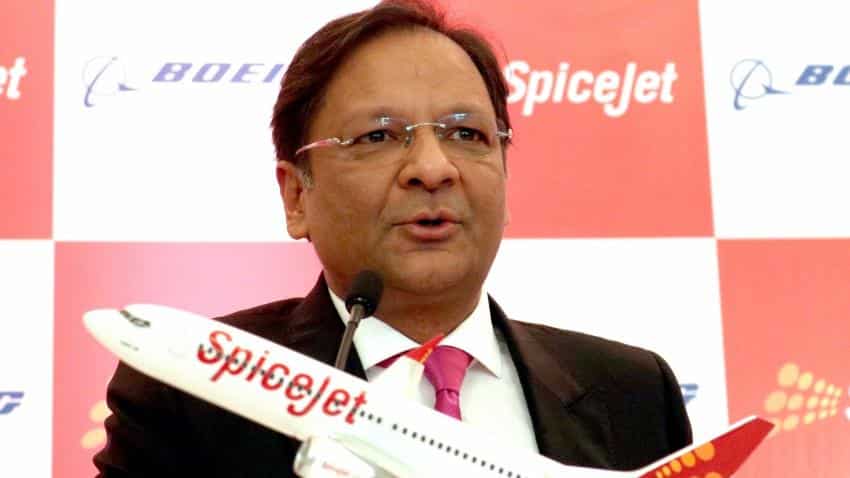 2. Its chief Ajay Singh has paid Rs 2.02 lakh towards settlement charges under the Sebi regulations on Monday

A day after low-cost air carrier SpiceJet's chief Ajay Singh settled alleged proceedings against him with Sebi, the stock of airline traded up nearly 3% in the early morning trade on the BSE on Tuesday.

The stock of airline was trading up 2.9% to Rs 99.80 in the morning trade on the stock exchange as compared to its previous close of Rs 97.00.

Singh who is the chairman and managing director of SpiceJet, has paid Rs 2.02 lakh towards settlement charges under the Sebi regulations that allows settling pending proceedings without admission or denial of any wrongdoing in certain cases, PTI reported on Monday.

"Accordingly, the adjudication proceedings proposed to be initiated against the applicant (Singh) for the alleged violation... Are settled," Sebi said in a settlement order while adding it would not initiate any enforcement action for the alleged defaults.

The capital markets regulator Securities and Exchange Board of India (Sebi) had initiated its probe after it was found that Singh failed to make required disclosure under the Substantial Acquisition of Shares and Takeovers (SAST) Regulations for a transaction dated February 23, 2015, cited the news agency.

This was the day when Singh had acquired majority stake in SpiceJet from the former promoters, Kalanithi Maran and his family.