Chennai needs about 800 million litres of water (MLD) daily and authorities are able to supply only 525 MLD in the current situation as the city faces an acute water shortage after failure of monsoons for the last two years. 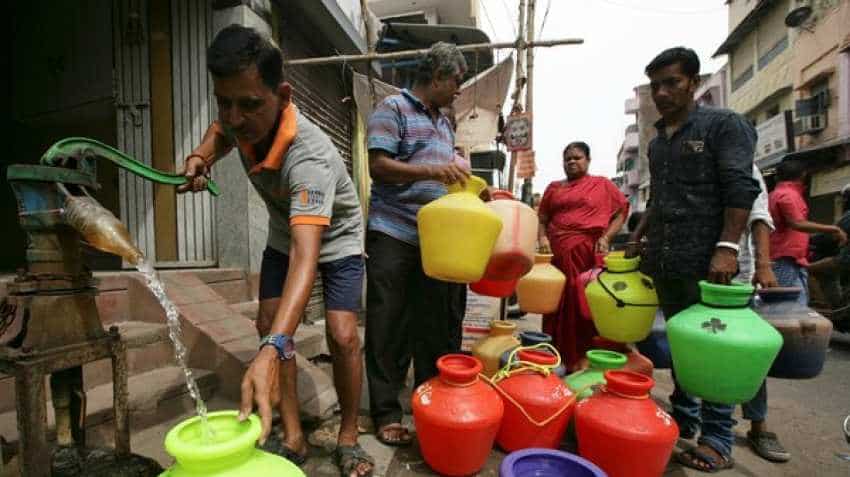 Residents of Tamil Nadu's water-starved capital Chennai would now get the supply through train, carrying water from Jolarpet railway station in Vellore district reached the city today. Adorned by garlands and banana saplings with a poster "Water for Chennai", the special 50 wagon train left Jolarpet at 7.30 am and reached Villivakkam near Chennai before noon.

Chennai needs about 800 million litres of water (MLD) daily and authorities are able to supply only 525 MLD in the current situation as the city faces an acute water shortage after failure of monsoons for the last two years.

According to reports, the water is expected to be conveyed to the Kilpauk Water Works, three km away which is one of the facilities that feeds water to the metro. Pipes have been specially laid for the purpose carrying water from the railway station to Kilpauk. Notably, the train will carry the water twice everyday.

Earlier, Tamil Nadu Chief Minister K Palaniswami had announced the state government`s plans to transport 10 million litres of water daily by rail from Jolarpettai to meet the needs of parched Chennai. He stated that a sum of Rs 65 crore had been allocated for this purpose.

Currently the Chennai Metropolitan Water Supply and Sewerage Board (Chennai Metro Water) is supplying about 525 million litres per day (MLD) in the state capital. The water from Jolarpettai will augment the existing supply.