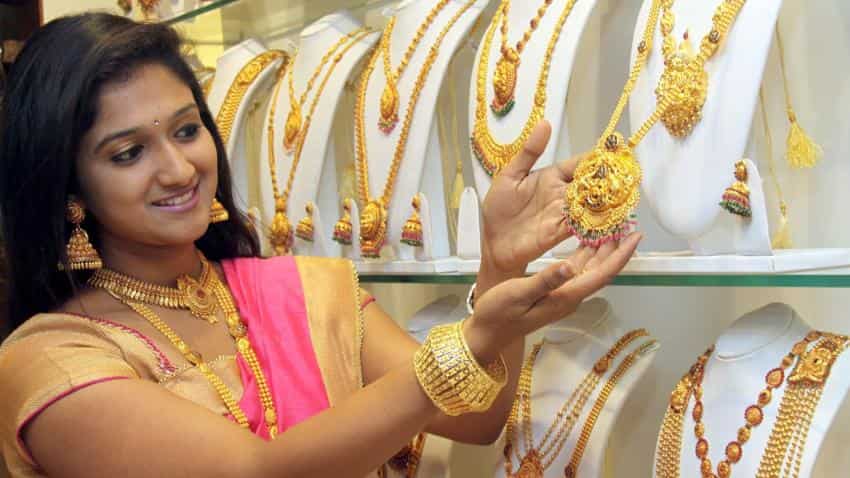 The ministry said that the tenure of the bond will be for a period of eight years, with an exit option from the fifth year to be exercised on the interest payment dates. Image Source: IANS
Written By: IANS
RELATED NEWS

The government on Friday said the "Sovereign Gold Bonds 2017-18 -- Series-III" will open for public subscription from October 9 to December 27, 2017.

According to the Ministry of Finance, the bonds would earn an interest of 2.50 % per annum, payable every six months on initial investment.

"Price of bond will be fixed in Indian rupees on the basis of simple average of closing price of gold of 999 purity published by the India Bullion and Jewellers Association... the issue price of the gold bonds will be Rs 50 per gram less for those who subscribe online and pay through digital mode," the ministry said in a statement.

The ministry said that the tenure of the bond will be for a period of eight years, with an exit option from the fifth year to be exercised on the interest payment dates.

"The maximum limit of subscribed shall be 4 kg for individual, 4 kg for HUF and 20 Kg for trusts and similar entities per fiscal (April-March)... the annual ceiling will include bonds subscribed under different tranches during initial issuance by government and those purchase from the secondary market," the statement said.

"In case of joint holding, the investment limit of 4 kg will be applied to the first applicant only."

SGBs are denominated in multiples of gram of gold with a minimum unit of 1 gram and can also be held in demat form for ease of trading.

The government launched the Sovereign Gold Bond Scheme in November 2015 as an alternative to purchasing metal gold and mobilise the idle gold held by households and institutions into productive use in the long run.

This will help reduce the current account deficit by reducing the country`s reliance on the import of gold to meet the domestic demand.