The bonds will be sold through banks, Stock Holding Corporation of India Limited (SHCIL), designated post offices and NSE and BSE. 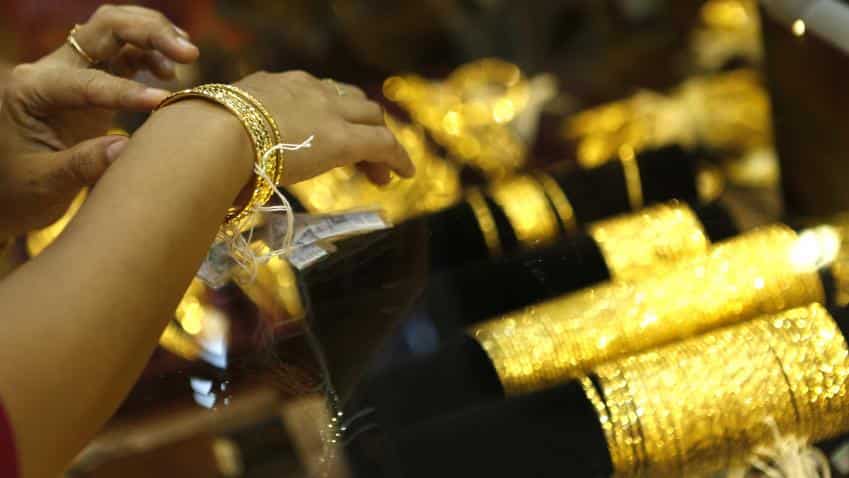 The fourth tranche of amassed the highest wealth so far of Rs 919 crore from investors. Photo: IANS
Written By: ZeeBiz WebTeam
RELATED NEWS

Sovereign Gold Bonds Latest News: Your chance to buy at discount arrives! Know here price and what to do!

The Reserve Bank of India (RBI) will start accepting subscriptions for the fifth tranche of the Sovereign Gold Bonds from today on behalf of the government. The applications for the bond will be accepted till September 09, 2016 and they will be issued on September 23, 2016.

The RBI, in its press release, mentioned that the issue price of the Sovereign Gold Bond for this tranche has been fixed at Rs 3,150 per gram of gold.

"The rate has been fixed on the basis of simple average of closing price for gold of 999 purity of the previous week (August 22-26, 2016) published by the India Bullion and Jewellers Association Ltd (IBJA)", the release said.

According to the release, the bonds will be sold through banks, Stock Holding Corporation of India Limited (SHCIL), designated post offices and National Stock Exchange (NSE) and BSE.

On Tuesday, the Ministry of Finance, in a statement had said that the maximum amount subscribed by an entity will not be more than 500 grams per person per fiscal year (April-March). A self-declaration to this effect have to be obtained.

The bonds will be restricted for sale to resident Indian entities and individuals only and will be denominated in multiples of gram(s) of gold with a basic unit of 1 gram. It will be for a period of 8 years with an exit option that can be exercised from the fifth year on the interest payment dates.

The encouraging response of investors to the sovereign gold bond scheme was what prompted the government to come up with more tranches in 2016-17, an earlier release by the Ministry stated.

The scheme was launched as an alternative to physical gold in November 2015 at an issue price of Rs 3,119 crore per gram of gold.

Sovereign Gold Bonds Latest News: Your chance to buy at discount arrives! Know here price and what to do!