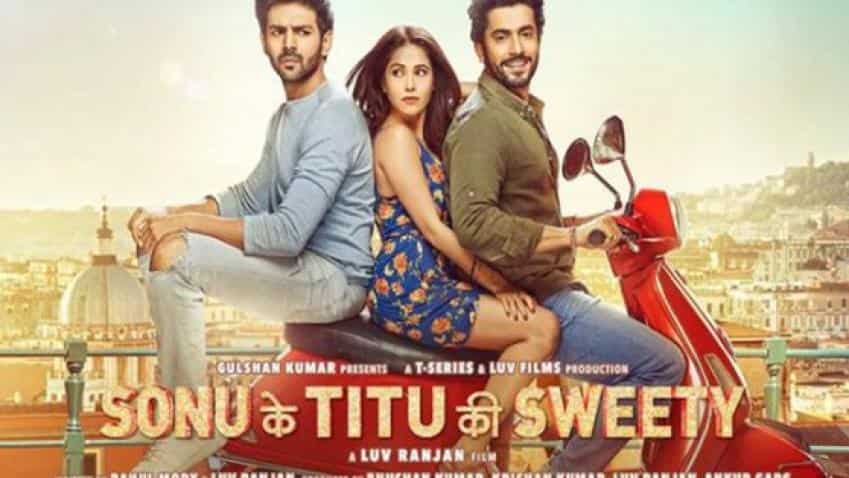 Sonu Ke Titu Ki Sweety box office collection: The title of the film is long and awkward, but the acting by all concerned is genuine and moving! And that is what has carried this movie into a special category despite the fact that there is no superstar involved with the film. Reality has been rebdered marvellously by the actors concerned and the Director has ensured that there is no let up in the action in this comedy-drama, keeping the public rivetted to their seats in cinemas. More than that, this has ensured that the film also gets a massive word of mouth boost. An impressed audience is raving about the film causing others who were yet to see it to head to the cinemas to check out what all the noise was about. They returned happier for the experience! Sonu Ke Titu Ki Sweety movie Cast includes Kartik Aaryan, Nushrat Bharucha, Sunny Singh Nijjar, Alok Nath, Virendra Saxena, Deepika Amin, Ayesha Raza, Pawan Chopra, Rajesh Jais, Madhumalti Kapoor, Pritam Jaiswal, Ishita Raj Sharma, Sonnalli Seygall. All of them have done a marvellous job. And Director Luv Ranjan? Well, he keeps giving us movies that have impressed that also did very well at the box office. For instance both Pyaar Ka Punchnama and its sequel, Pyaar Ka Punchanama 2 were more than impressive in all respects and so was Akaash Vani.

What is amazing is that Sonu Ke Titu Ki Sweety collection had recorded its best take on day 3 (Sunday) since release and that was Rs 10.81 cr. Significantly, it never achieved a mark greater than that. The rest fo the days its take stayed in single digits and yet it managed to reach the Rs 100 cr mark! It took all of 26 days for it to reach this milestone. Since there were no famous actors involved and the locales were simple, the budget of the movie was quite low. That means the take is to a large extent, just money in the bank!"#SonuKeTituKiSweety continues to score... [Week 4] Fri 1.27 cr, Sat 2.11 cr, Sun 2.32 cr, Mon 76 lakhs, Tue 78 lakhs. Total: ₹ 100.88 cr. India biz... #SKTKS," is how Taran Adarsh reacted on twitter.