International Solar Alliance is a milestone in the fight against climate change and pollution, says UN Environment chief Erik Solheim 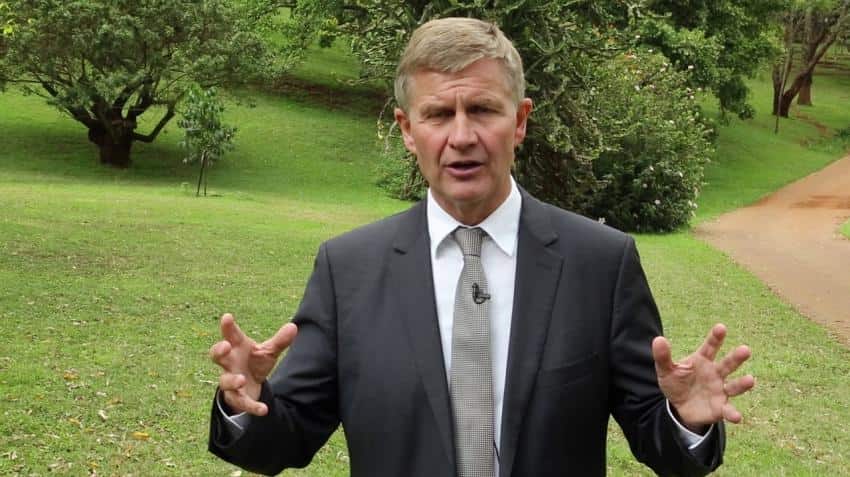 Erik Solheim said International Solar Alliance can help build a global buyers' club for solar energy and reduce technology prices, rapidly increase their use and help get finance on board. Image source: Youtube

With India and France co-hosting the first International Solar Alliance (ISA) Summit here tomorrow to promote solar energy, UN Environment chief Erik Solheim has termed the ISA a "big step" towards greater global energy security and a "milestone" in the fight against climate change and pollution. Solheim will take part in the ISA summit tomorrow, which will be attended by heads of state from 23 nations, including France, Australia and Sri Lanka.

ISA is a treaty-based international body for promotion of solar energy in alliance with 121 countries, which are fully or partially between the Tropics of Cancer and Capricorn. "International Solar Alliance is a milestone in the fight against climate change and pollution. I congratulate the governments of France and India for taking us this far. There is no contradiction between lifting people out of poverty and, addressing pollution and climate change. Solar energy can help us do all," Solheim, the Executive Director of UN Environment told PTI.

He said ISA can help build a global buyers' club for solar energy and reduce technology prices, rapidly increase their use and help get finance on board. "This means more people connected to the grid, at a better price. It means more jobs, better jobs and better paid jobs. It means better public health. It is a big step towards greater global energy security. I can think of no better host for the alliance than India, where solar capacity has increased 370 per cent in three years," Solheim said.

Besides 23 heads of state, senior representatives of many countries, including deputy prime ministers and energy ministries have confirmed their participation in the day-long ISA Summit. President Ram Nath Kovind will co-host the summit with French President Emmanuel Macron.

The summit will focus on various aspects of promoting solar energy, such as credit mechanism, crowd funding and sharing of technological breakthroughs, in 121 countries associated with ISA. The summit will discuss various projects being prepared by different countries in areas including rural electrification, off grid solar power, water supply and irrigation. India has set an ambitious target of having 100 GW of solar energy capacities by 2022. It is close to achieving 20 GW in the current fiscal itself and plans to auction 30 GW solar projects each in 2018-19 and 2019-20.