Solar energy: Developers to get 2 yrs now for setting up projects

The government has decided to increase to 2 years the time given to developers for setting up solar energy projects, a move which is expected to lead to competitive tariffs. It was 15 months earlier. 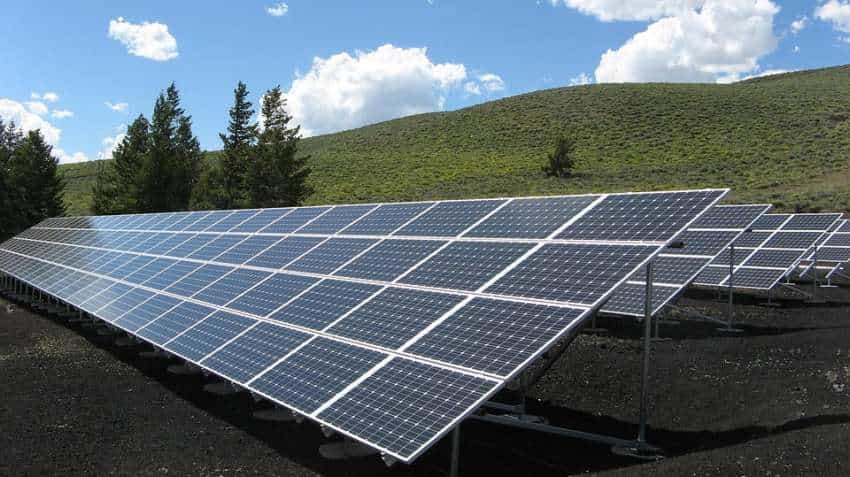 Projects with capacities of less than 250 MW would be commissioned in 21 months from the date of inking PPA as against the previous time-frame of 13 months. Image source: Pixabay
Written By: PTI
RELATED NEWS

The government has decided to increase to 2 years the time given to developers for setting up solar energy projects, a move which is expected to lead to competitive tariffs.

It was 15 months earlier.

The power ministry has amended the guidelines for tariff based competitive bidding process for procurement of power from grid connected solar PV power projects on June 14, 2018, an official said.

The amendments are related to providing longer time-frame to set up solar projects, he added.

Under the new norms, the developers would have to commission solar projects of 250 MW and above within 24 months from the date of signing power purchase agreement (PPA) as against the previous time frame of 15 months.

Similarly, projects with capacities of less than 250 MW would be commissioned in 21 months from the date of inking PPA as against the previous time-frame of 13 months.

The official said that the new norm would not be applicable to already bid out projects which are under various stages of implementation.

The industry expects that the state authorities to adopt the similar timelines for all the future projects.

The amended norms also provide that solar power generators would have to achieve financial closure (tie up for funds) within one year from the date of execution of PPA as compared to earlier norm of 7 month.

They also provide that if for any reason, the time period for attaining financial closure needs to be kept smaller than that provided in these Guidelines, the procurer (with whom solar developer ink PPA) can do the same. This provision was not there in earlier guidelines.

The amended guidelines also extended time-frame for 100 per cent land acquisition to one year from 7 months earlier.

Industry bodies including Solar Power Developers Association (SPDA) have been demanding that the time-frame should be increased by as much as nine months in view of issues being faced by them, the official said.

In a submission to the Ministry of New and Renewable Energy, the SPDA had said that the developers have been unable to meet the existing deadline for implementing solar projects as they face delay in land acquisition and regulatory approvals in land acquisition/mutation.

Besides, there are delays in supply of equipment mainly electrical systems and in construction of transmission lines due to 'Right of Way' issues, they had said.

SPDA President Vineet Mittal thanked Power Minister RK Singh for the amendments and said it will help reduce "the contractual disputes on account of delays occurred due to previous stringent timelines".

India has set a target of having 100 GW of solar power capacities in the country by 2022.