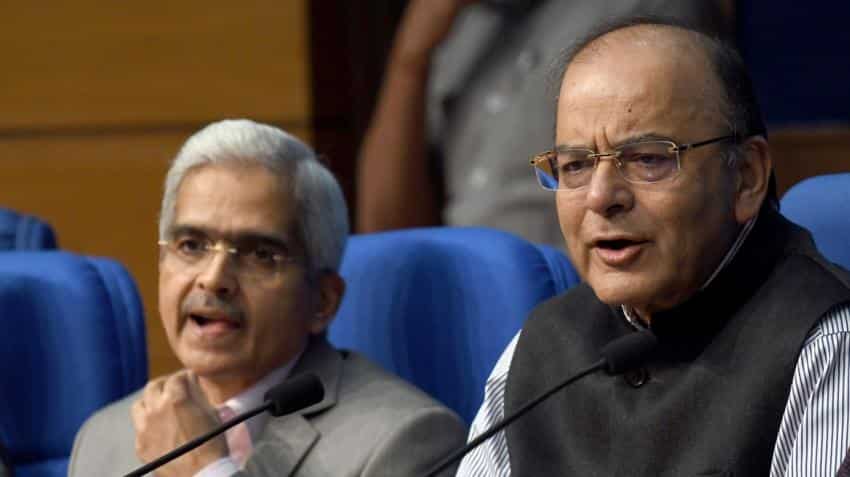 A day after all banks and ATMs remain shut after the government banned Rs 500 and Rs 1,000 notes from circulation, Finance Minister Arun Jaitley said on Thursday that small depositors will not face any problem.

"People depositing small amount will not face any problem and revenue department not to take notice of small depositors," PTI reported on Thursday quoting Jaitley as saying.

Deposits within exemption limit can be made without any questions being asked, large amounts will face consequences, Jaitley added.

Prime Minister Narendra Modi had announced to ban Rs 500 and Rs 1,000 notes from circulation from Tuesday midnight in order to fight against black money, corruption and terrorism.

PM Modi's announcement had sent jitters to people across India as all banks and ATMs were shut on Wednesday.

All Indian, foreign,scheduled and co-operative banks will remain open on Thursday and over the weekend.

However, all banks ATMs will remain shut on Thursday too and will open on November 11, Friday.

"Trying to ensure requisite replacement currency is available with people at the earliest and there is no need for people to rush," the news report said further quoting Jaitley as saying.

Banks will remain open over the weekend to help people get alternate currency notes, he said.

Besides, on Goods and Services (GST), Jaitley that he hopes to resolve GST issues with consensus.

"Our effort is to implement GST from April 1 and one issue of dual-control left to be sorted out, hopeful of a solution soon," PTI reported quoting Jaitley as saying.