Once there are roads, there will be  24 hour  power supply and single window clearance, Defence Minister said 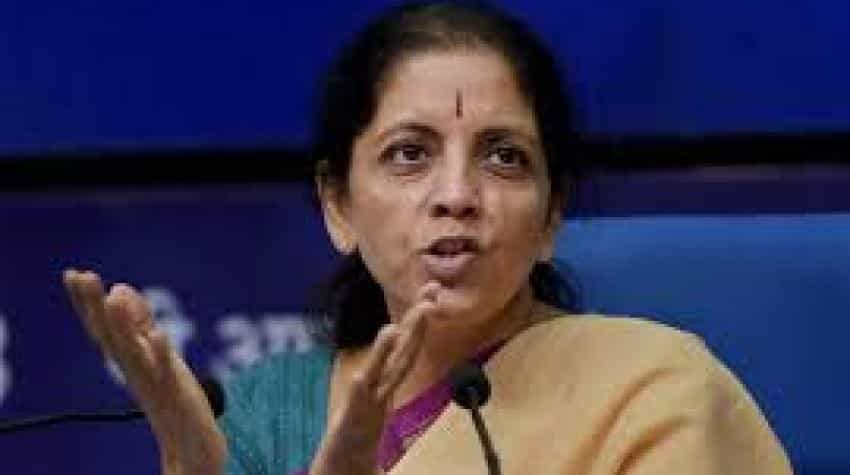 Sitharaman said the atmosphere in Uttar Pradesh in the past 20-25 years did not give any encouragement to industry. Image source: PTI
Written By: PTI
RELATED NEWS

Defence Minister Nirmala Sitharaman today lauded officials for working out in a very short span of time the details of the defence industrial corridor in Uttar Pradesh which was announced by Prime Minister Narendra Modi on Wednesday.

"The details of the defence corridor announced by the Prime Minister yesterday were worked out in 18 days time," Sitharaman said at the 'Defence and Aerospace Investment Opportunities in Uttar Pradesh', part of the ongoing 'Investors Summit-2018" here.

"When Chief Minister Yogi Adityanath had come to extend invitation for the summit on February 2 there was a reference about the corridor," she said.

She said she had mentioned then that if Uttar Pradesh is willing or shows interest then "we will be able to do something... I had mentioned this to the Prime Minister and he immediately asked us to go ahead with it".

Praising the bureaucracy of both the Centre and the state, she said: "The speed with which we were asked to go about the project and the promptness with which the Chief Minister directed his officials to act on it...Officials worked together in complete coordination and there was no complaint from anywhere and Prime Minister made an announcement in 18 days time."

"There is a unique synergy, and that is purely because of the leadership both at the Centre and the state, otherwise as I had described earlier that in a span of just 18 days to have a very detailed narrative on what it means to bring a defence production corridor, its not a mere promise, we are concretely saying what we are doing," Sitharaman said.

She added that the positive energy and co-operation between bureaucrats of the Centre and states has rarely been seen, and it is because of this that a blueprint could be brought out with timeline and action.

"The synergy is not only because of the political leadership, but also because of bureaucracy and state government officials," she added.

Elaborating on the Bundelkhand defence industrial corridor, Sitharaman said, "For the common public, it may be perceived as a six-lane road from Chitrakoot to Jhansi and also connects Lucknow and Kanpur. It also means ensuring timely availability of raw materials to the manufacturing units."

Once there are roads, there will be 24 hour power supply and single window clearance, she said, adding that officials will tell the industrialists what to produce for purchase by the defence ministry.

Sitharaman said the atmosphere in Uttar Pradesh in the past 20-25 years did not give any encouragement to industry.

Adityanath said earlier that there are immense possibilities for the defence corridor in the state. "There atmosphere in the state is conducive. Apart from this, the Eastern Freight Corridor and Western Freight Corridor meet in Dadri. UP has made a significant jump in in terms of ease of doing business. There are immense possibilities for defence corridor as well as aerospace."