ICICI Securities believe with improving demand from the US and lower shrimp production in India, shrimp prices stabilised at lower levels in Oct’18-Jan’19. 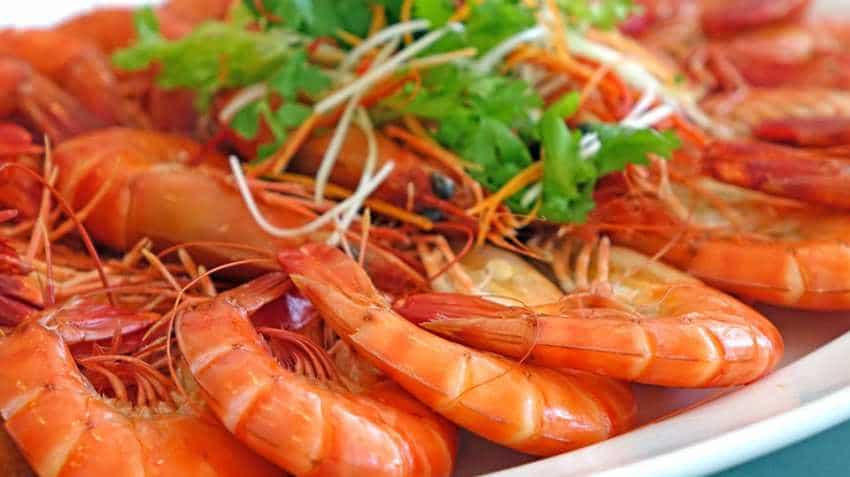 There is a whole new section farmers which will see a revival in their income and hence will be a major boost to the agriculture segment. Photo: Pixabay
Written By: ZeeBiz WebTeam
RELATED NEWS

The shrimp business in India has been witnessing a bittersweet symphony for the past few fiscals. In Q1FY19, the shrimp exports tumbled after witnessing growth in CAGR of 18% over FY09-FY18. Not only this, even shrimp prices declined 23% from June 17 to Oct 18 and demand too shrunk with inventory pile-up in the key US market. However, analysts at ICICI Securities believe, with improving demand from the US and lower shrimp production in India, shrimp prices stabilized at lower levels in Oct’18-Jan’19. When this happens, there is a whole new section farmers which will see a revival in their income and hence will be a major boost to the agriculture segment.

Currently, there are four major players in the shrimp business namely -  shrimp farmers, shrimp feed manufacturers, shrimp processors, and consumers in the US.

Aniruddha Joshi, Research Analysts at ICICI Securities said, “Shrimp exports (volumes) to the US grew at a CAGR of 18% over FY09-FY18 led by: 1) Indian government allowing cultivation of L. Vannamei species of shrimp, 2) outbreak of shrimp diseases in South-East Asia in CY12 (thereby creating a supply gap), and 3) steady demand in the US. However, the story came to a screeching halt in H1CY18 due to: 1) higher inventory in the US, and 2) higher shrimp production in India. Shrimp prices also collapsed from US$14.86/kg in Jun’17 to US$11.46/kg in Oct’18.”

Joshi also notes that, shrimp prices have stabilised at lower levels and have moved to US$11.79/kg in Jan’19 from US$11.46/kg in Oct’18. Also, we have seen a steady increase in shrimp imports by the US. Shrimp exports from India, which declined in Jun’18, grew at low teens in Q4CY18.

Not only this,  Indian farmers (lowest-cost producers in the world) were making losses with lower shrimp prices, Joshi says, “they have shifted to other crops.”

Going forward, Joshi says, “We believe a reduction in capacity (lower supply) and improvement in demand from the US indicates a revival in the shrimp sector in India.”

If this is the case, then not only farmers but also even investors can make most of this ache din in shrimp business ahead.

In ICICI Securities views, we believe Avanti Feeds is a good business (RoE> CoC, Strong FCF, Net cash), which passed through a tough phase due to decline in shrimp demand as well as prices. We believe an improvement in its market share from 41% in FY18 to 47% in FY19, maintaining strong FCF and return ratios above the cost of capital in the tough year of FY19 indicates the strength of its business. We retain our BUY rating on the stock with DCF-based target price of Rs496 (16x FY21E PE).

On Monday, Avanti Feeds finished at Rs 417.95 per piece up by 2.48% on Sensex. However, the stock has already touched an intraday high of Rs 422.35 per piece on the index. If we compare the price target, then Avanti Feeds has jumped by nearly 19% in future.