Should RBI cut rates when banks are likely to do that themselves?

Two days before Reserve Bank of India's bi-monthly policy, SBI had announced rates cut. What will be RBI's call now? 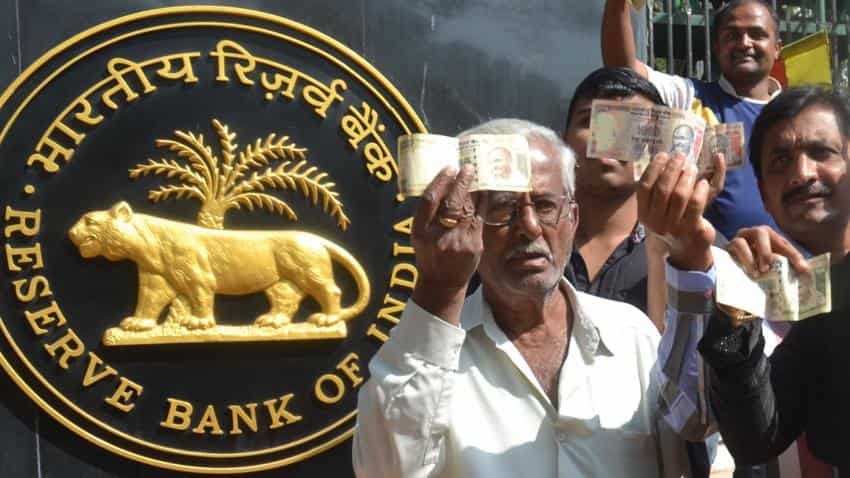 The reasons given are ease in retail inflation (CPI) -- below the 2% floor of the inflation target band in June 2017, a reasonably favourable progression of the monsoon and kharif sowing so far, smooth implementation of the goods and services tax (GST).

RBI has been battling in balancing the inflation and maintaining liquidity from quite some time.

During the tenure of former governor Raghuram Rajan, transmission of RBI's rate cuts were a major issue. Post demonetisation, these benefits have started coming in, simply because of the increase in liquidity in banks.

Earlier this week, State Bank of India (SBI) had announced the interest rate cut of savings account for balance up to Rs 1 crore and below. This revision was the first time in six years after RBI deregulated savings bank deposit rates in 2011.

Following SBI, other banks are likely to soon announce the rate cut in savings deposit rates.

Moreover, RBI has cut repo rate by 175 basis points so far while banks have reduced lending rates by 138 basis points. The differential between RBI's repo rate cut and banks' lending rate cut still gives a lot of room to the latter without any further RBI action.

"The revision in saving bank rate would enable the bank to maintain the MCLR at the existing rates, benefiting a large segment of retail borrowers in SME, agriculture and affordable housing segments", SBI had said.

However, when asked if the bank would further cut both the lending and savings rate if RBI cuts the key repo rate in its monetary policy review, the bank said it will take a call accordingly.

Speaking with Zeebiz, an analyst from Care Ratings said, "If you look at SBI announcement and RBI monthly policy, the reasons are totally different. SBI is focusing only on maintaining MCLR right now, which RBI's decision will depend on lot of other factors."

According to Care Ratings, RBI will maintain status quo this time.

Further, contrary to this, what could put pressure on RBI to cut rate this time is inflation. India’s consumer price inflation (CPI) for June 2017 stands at 1.54%, a record low. Inflation has been falling due to lower food prices.

During the last bi-monthly policy in June, RBI had kept the key rates unchanged but lowered inflation and India's GVA growth projections. "The decision of the MPC is consistent with a neutral stance of monetary policy in consonance with the objective of achieving the medium-term target for consumer price index (CPI) inflation of 4% within a band of +/- 2%, while supporting growth,” RBI had said.

However, this time it will be interesting to see RBI's stance on rates cut.