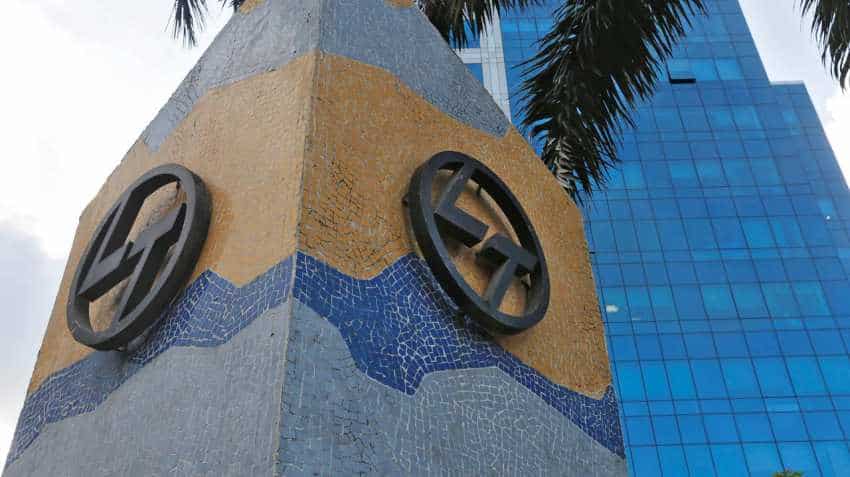 A nearly 3% drop was witnessed in Larsen & Toubro (L&T) share price on Dalal Street, after the infrastructure giant announced their June 2019 (Q1FY20) result. After touching an intraday low of Rs 1,374 per piece on Sensex, L&T shares finished at Rs 1,387.15 per piece down by Rs 22.85 or 1.62%. However, the negative impact on L&T shares are not an outcome of Q1FY20 result but something else on Wednesday. Exchanges have asked clarification from L&T over media reports which have stated that NCLT has initiated insolvency process against L&T Halol-Shamlaji Tollway. The reply is still awaited from L&T, meanwhile investors continued their bearish mark. On the contrary, the Q1FY20 result makes L&T a must stock to add in portfolio. In fact, one can hedge nearly 19% return from L&T shares if bought during low levels.

Umesh Raut, Research Analyst along with Amar Ambani Head of Research at Yes Securities said, “ Given the consistent underinvestment for infrastructure in India & new government’s Rs100trn investments in infrastructure till 2024, L&T expects the order pipeline to sustain at healthy levels for the next few years, quarterly volatility aside. We retain ADD rating based on positive outlook with SOTP based price target of Rs1,576.”

Meanwhile, Aditya Mongia and Ajinkya Bhat analysts at Kotak Institutional Equities said, “Our reading from the results, AR2019 and project-specific developments warrant a modest moderation to key businesses themes in FY2020 for L&T in strong execution, margin recovery and deleveraging. We cut our estimates for the core E&C business by ~4% as we build in limited scope of normalization from a weak start to the year. Impressive start to the year on order inflows provides comfort on FY2021 earnings. Retain BUY with revised FV of Rs1,545.”

L&T stated that overall consolidated profit after tax (PAT) including PAT from discontinued operations for the quarter grew by 21.2% to 1,473 crore vis-a-vis 1,215 crore for the corresponding quarter of the previous year. Consolidated gross revenue was at Rs 29,636 crore from continuing operations for the quarter ended June 30, 2019, achieving y-o-y growth of 10%. The International revenue during the quarter at 9,268 crore constituted 31% of the total revenue. The poll had expected revenue to be around Rs 31,292 crore in Q1FY20.

Further, consolidated Order Book of the group stood at Rs 294,014 crore as at June 30, 2019, with international Order Book constituting 21% of the total Order Book.

Overall, during the quarter, L&T successfully won new orders worth Rs 38,700 crore at the group level during the quarter ended June 30, 2019 registering a growth of 11%. International orders during the year at 9,005 crore constituted 23% of the total order inflow.

The highest target price on L&T is set at Rs 1,650. Standard Chartered in their research note said, “The stock recently touched a high of INR 1,600, but has corrected back below the previous breakout point of INR 1,450, reversing the short-term trend. However, the longer-term trend remains positive and hence a re-test of the rising trendline lower would provide good opportunity to re-enter the scrip around Rs 1,320 levels. On the upside, resistances are at Rs 1,500 and Rs 1,650, while supports to watch are at Rs 1,300 and Rs 1,200.”