Share to buy on May 29: ICICI Bank share price to rise 10 pct in one month, say stock market experts

ICICI Bank share price may rise up to 10 per cent and can rise to Rs 480 to Rs 485 levels seen from 1-month perspective. 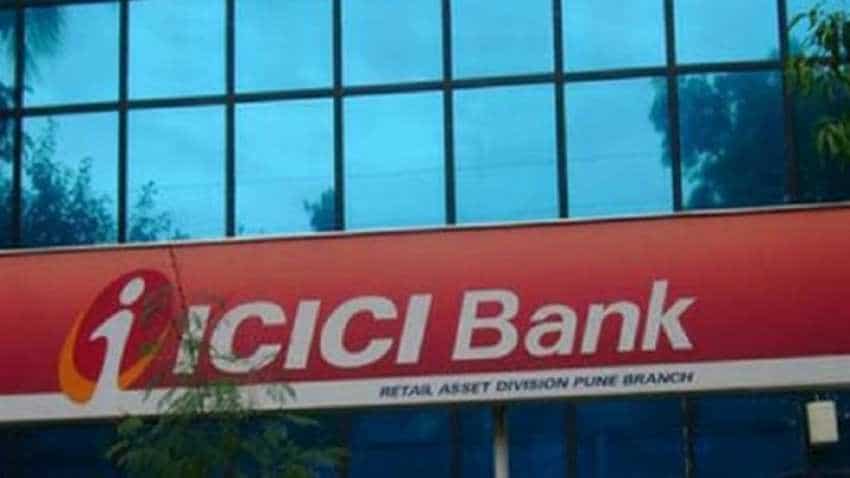 ICICI Bank is largest corporate lender after the SBI and ICICI share price is in 'Blue Sky Territory' that makes the banking stock an automatic pick, say experts. Photo: PTI

ICICI Bank is the leading corporate lender bank in India after SBI and big infrastructure projects expected to kickstart post-re-appointment of Narendra Modi as Prime Minister for the second time may well boost ICICI Bank shares. ICICI share price is in 'Blue Sky Territory' that makes the banking stock an automatic pick, say experts. Stock market experts are predicting an upside swing in the banking major for around 10 per cent in one month. Experts say ICICI Bank share price is expected to go northward from both fundamental and technical perspective. They say that the counter may show Rs 480 to 485 per stock levels in the short-term perspective. On Tuesday, ICICI Bank shares closed at Rs 437 per share.

Speaking on the fundamentals supporting an upside swing in the ICICI Bank counter Prakash Pandey, Head of Equity Research at Fairwealth Securities said, "After the thumping victory of Narendra Modi in recently held Lok Sabha Elections, a good number of infrastructure projects are expected to kickstart once the new cabinet becomes operational. Since ICICI Bank is a major corporate lender after the SBI, the bank is expected to get better business through corporate funding. Apart from that, the ICICI Bank shares are at all-time high and hence they have no resistance that puts the banking counter in 'Blue Sky Territory' and hence the banking share becomes an automatic pick for the stock market investors."

Asked about the outlook of the ICICI Bank shares Pandey said, "The fundamentals of the counter suggest an upside swing for around 10 per cent in a short-term perspective and it can show Rs 480 per stocks to Rs 485 per stocks level in one month."

Standing in sync with Prakash Pandey's views is Simi Bhaumik, SEBI registered technical equity analyst told Zee Business Online, "ICICI Bank counter is highly bullish and in next one, to two trade sessions we can expect some profit booking in this counter. My advice for the stock market investors is to buy on dips at around Rs 400 per stock levels taking stop loss below Rs 390 per stock levels." She said that the counter may show Rs 460 to Rs 470 per stock levels within a fortnight post-Narendra Modi's swearing-in ceremony.

ICICI Bank, HCL Technologies and Cyient Ltd: What should investors do with these stocks? Check target prices