Shankar Sharma: India's macros to deteriorate over next 12 months 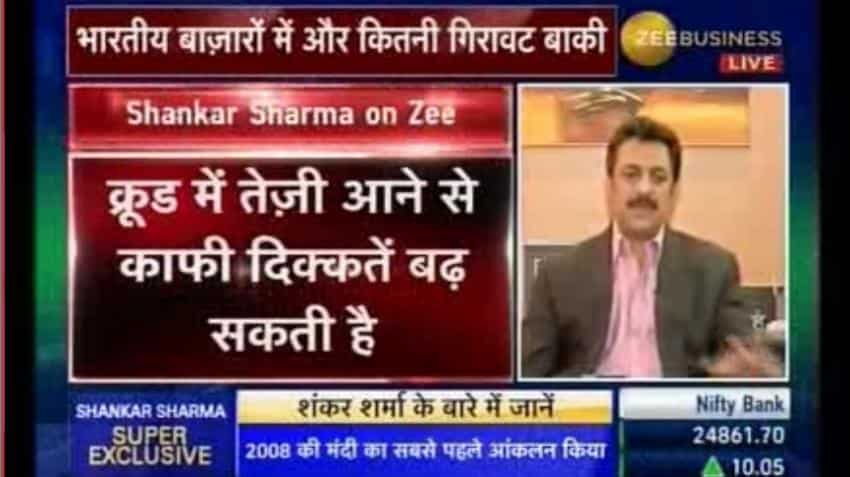 Shankar Sharma believes it will be too premature to react on political uncertainty as of now.
Written By: ZeeBiz WebTeam
RELATED NEWS

Shankar Sharma, co-founder, and chief global strategist of First Global, in an exclusive conversation with Zee Business, shared his money-making ideas amid the ongoing tussle between the bears and bulls. Sharma also shared his views on the fallout of Uttar Pradesh and Bihar Lok Sabha bypolls on the Bharatiya Janata Party, financial frauds in public sector banks and India's virtual trade war with United States.

With the markets in a volatile situation and to the relief of investors, Sharma said, "events like election results, corruption news, etc. don't affect basic trend of the market. For some time, such events may pull the markets down, but eventually macroeconomic fundamentals matter most."

However, Sharma had a dire warning to send too. He said that he believes India's macroeconomic situation will deteriorate in the next 12 months as oil prices are likely to go higher, going ahead. "If oil prices rise from the current levels, it will impact our fiscal deficit and current account deficit and may also push the RBI to maintain higher interest rates," he said.

On political worries, Sharma said it will be too premature to react on the same as of now.

"General elections are 8-10 months away. Markets may react one month prior to elections, when the poll results come out, but in staying away from the markets on account of political uncertainty is premature," he said.

Popularly known as The Alchemist of Dalal Street, Sharma is known to have forecast the major bear run of 2008 following the global financial crisis. Sharma had his first brush with stock markets with just Rs 2500. He bought 250 shares of Asian Hotel IPO at Rs 10 each in 1980, earning tenfold return on the same. He earned a fortune on Amazon and Apple shares too. His first investment in Amazon shares happened in 2002 at $10 per share. He sold them in 2016, earning a multi-fold return. He bought Apple shares in 2000.

Born in Dhanbad, Jharkhand, Sharma completed his MBA from Philippines and worked at Citi Bank for over a year. Just at the age of 25, he chose to become an entrepreneur, establishing stockbroking firm First Global.