Dada Saheb Falke Award: Amitabh Bachchan has been bestowed on the prestigious Dada Sahed Falke Award for the year 2018. 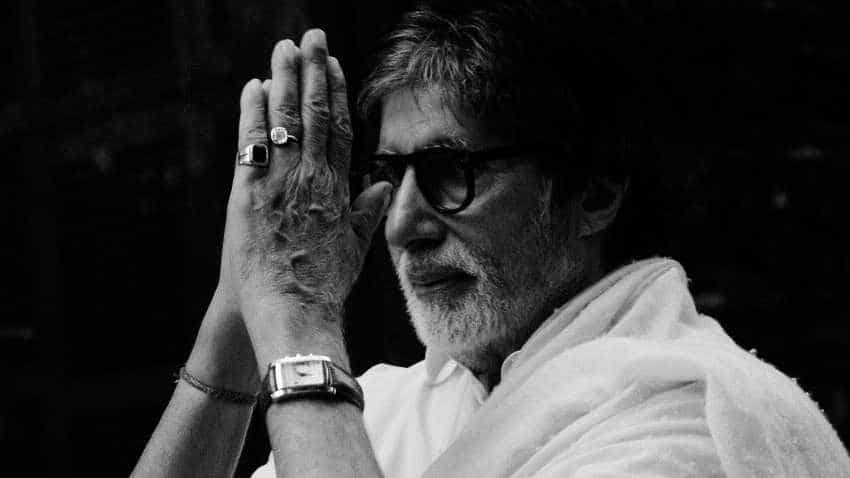 Popularly known as Big B, Bachchan has recently completed his 50 years in Indian cinema. Photo: Reuters

"The legend Amitabh Bachchan who entertained and inspired for two generations has been selected unanimously for Dadasaheb Phalke Award. The entire country and international community is happy. My heartiest congratulations to him," Union Information and Broadcasting Minister Prakash Javadekar wrote on Twitter while announcing the news on Tuesday.

Amitabh made his film debut in 1969, as a voice artiste in Mrinal Sen's National Award-winning film Bhuvan Shome. His first acting role was as one of the seven protagonists in the film Saat Hindustani directed by Khwaja Ahmad Abbas and featuring Utpal Dutt, Anwar Ali (brother of comedian Mehmood), Madhu and Jalal Agha. However, it was Anand (1971) followed, in which Bachchan's role as a doctor that was critically acclaimed by the film critics. With a cynical view of life garnered Bachchan his first Filmfare Best Supporting Actor award. He then played his first antagonist role as an infatuated lover-turned-murderer in Parwana (1971). Following Parwana were several films including Reshma Aur Shera (1971). During this time, he made a guest appearance in the film Guddi which starred his future wife Jaya Bhaduri. He narrated part of the film Bawarchi. In 1972 he made an appearance in the road action comedy Bombay to Goa directed by S. Ramanathan which was moderately successful. Many of Bachchan's films during this early period did not do well, but that was about to change.

Brahmastra movie OTT release date: On which platform to be streamed - All you need to know for a weekend watch