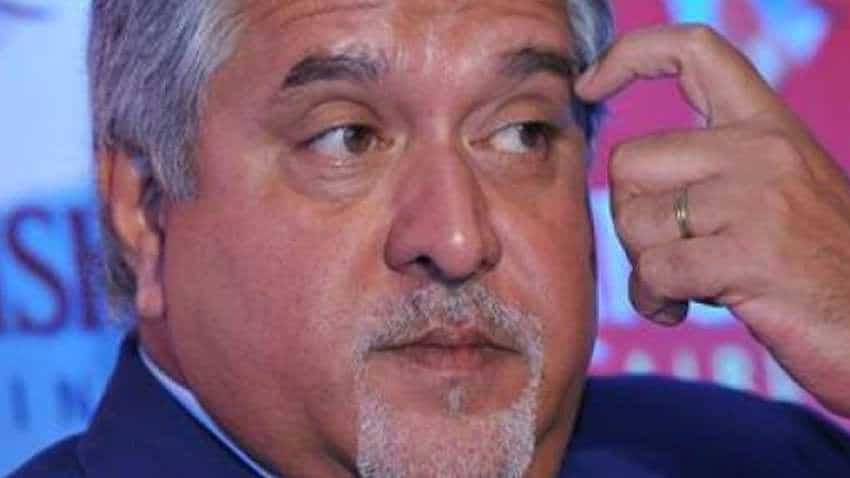 Vijay Mallya had appealed against the decision of UK Home Secretary Sajid Javid to extradite him to India. Image from PTI.
Written By: ZeeBiz WebTeam
RELATED NEWS

Vijay Mallya Extradition Case: In yet another setback to fugitive liquor baron Vijay Mallya, a London Court has rejected the plea against his extradition process. News agency PTI has confirmed that Vijay Mallya denied permission to appeal against extradition by UK court. This means that he may soon be extradited to India. Vijay Mallya had appealed against the decision of UK Home Secretary Sajid Javid to extradite him to India. Mallya is facing charges of fraud, money laundering and violation of Foreign Exchange Management Act (FEMA).

Earlier, on Feb 4, the extradition of Vijay Mallya was approved by UK Home Secretary. It was a major blow to the liquor baron and a big boost to India's efforts to bring back the fugitive businessman. The 63-year-old business tycoon had been found to have a case to answer before the Indian courts by Westminster Magistrates' Court in London on December 10, 2018.

Under the Extradition Treaty procedures, the Chief Magistrate's verdict was sent to Home Secretary Sajid Javid because only he was authorised to order Mallya's extradition. Javid, the UK's senior-most Pakistani-origin minister, had two months from that date to sign off on that order.

Vijay Mallya is on bail on an extradition warrant executed by Scotland Yard in April 2017 after the Indian authorities brought fraud and money laundering charges amounting to Rs 9,000 crores against the former Kingfisher Airlines boss. The former Kingfisher Airlines' boss has earlier indicated that he intends to file an application to appeal against the Westminster Magistrates' Court verdict in favour of his extradition to India

Earlier, Mallya had told reporters soon after the ruling by Chief Magistrate Emma Arbuthnot in London in December 2018 that he would consider the verdict in detail and decide his next course of action.