Prime Minister Narendra Modi had inaugurated the 30 km stretch (between Miyapur and Nagole) out of the 72 km long elevated Hyderabad Metro Rail project, in November 2017. 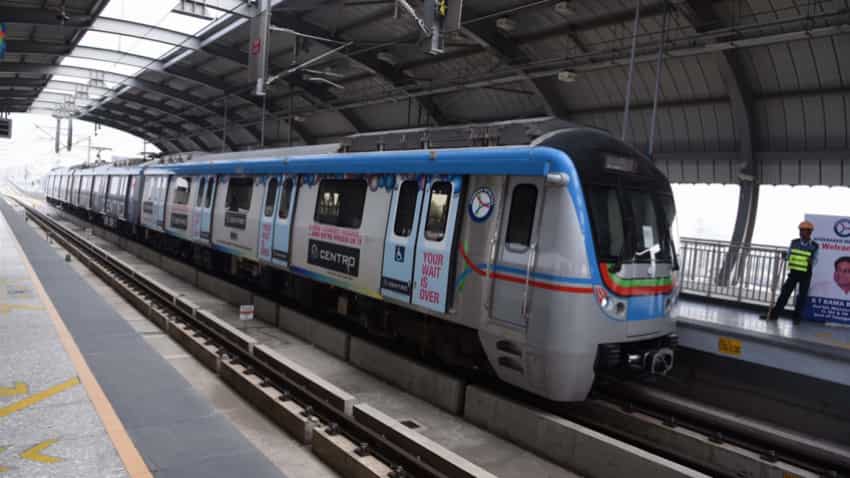 The Metrorail link to Hi-Tec City,the IT hub of Hyderabad is all set for launch on March 20 with Governor of Andhra Pradesh and Telangana ESL Narasimhan flagging off the train operations. The eagerly awaited 10 km stretch (Ameerpet to Hi-Tec City) of Metro Rail Corridor-III will be launched by the Governor at 9.15 am at Ameerpet Metro station, Hyderabad Metro Rail Limited (HMRL) officials said.

Meanwhile, the Telangana Pradesh Congress Committee (TPCC) has complained to Telangana Chief Electoral Officer Rajat Kumar that the launch of Metro services amounts to violation of the model code of conduct in place for the Lok Sabha elections.

Regular train operations in this stretch will start from 4 p.m.

Prime Minister Narendra Modi had inaugurated the 30 km stretch (between Miyapur and Nagole) out of the 72 km long elevated Hyderabad Metro Rail project, in November 2017.

Among the nine stations (on the Ameerpet and Hi-Tec City stretch), Taruni-Madhura Nagar station is being developed as a women managed station and in due course, it will have shops mostly catering to the needs of women and children.

HMRL Managing Director N V S Reddy said unlike other stations which are mainly two-level stations, Jubilee Hills Check Post station (on the Ameerpet and Hi-Tec City stretch) is a single-level station where concourse level is avoided so as to reduce the already high level of the station due to gradient-related problems.

As the entire stretch is traversing an undulated terrain and highly curvaceous road, construction of viaduct and the stations posed several technical challenges, he added.

Construction of reverse facility beyondHi-Tec City station in front of Cyber Towers is being done in a staggered and sequential manner as the narrow passage is wedged between Cyber Towers on one side and flyover on the other side and it will take a couple of months for completion, L&TMRHL Managing Director KVB Reddy said.

Initially the frequency of trains between Ameerpet- Hi-Tec City will be 9 to 12 minutes, as against six minutes frequency in other parts of the operational Metro corridors.

However, efforts are being made to add additional trains in this section to improve the frequency and to cater to the huge rush that is expected.