A division bench of Chief Justice Satish Chandra Sharma and Justice Subramonium Prasad granted liberty to the Centre and Central Consumer Protection Authority to file their response before the single judge to pleas challenging the guidelines and directed that the matter be listed for consideration on August 31. 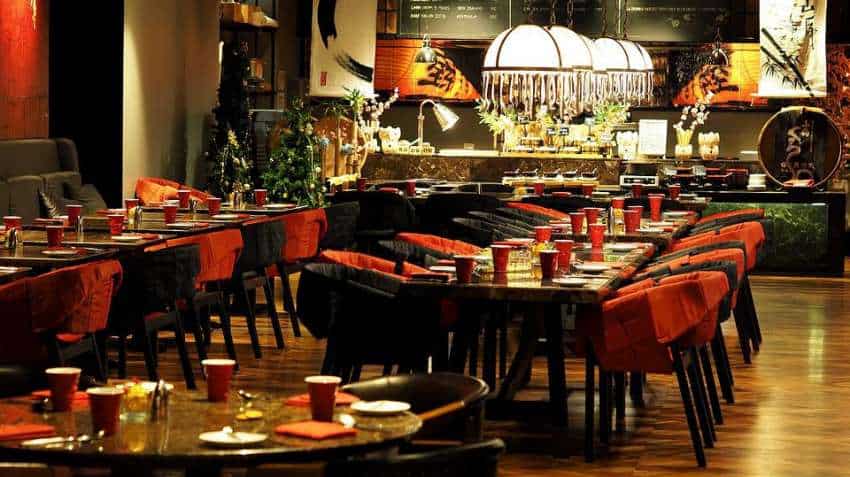 A division bench of Chief Justice Satish Chandra Sharma and Justice Subramonium Prasad granted liberty to the Centre and Central Consumer Protection Authority to file their response before the single judge to pleas challenging the guidelines and directed that the matter be listed for consideration on August 31.

The division bench was hearing appeals by the Centre and Central Consumer Protection Authority against the July 20 interim order of the single judge staying the July 4 guidelines prohibiting hotels and restaurants from levying service charges automatically on food bills while dealing with petitions by the National Restaurant Association of India (NRAI) and Federation of Hotels and Restaurant Associations of India.

Additional Solicitor General Chetan Sharma, appearing for the appellants, contended that the stay order was passed by a single judge without affording them an opportunity to file their replies to the petition by certain restaurant associations against the prohibition which came after several complaints were received from consumers.

He said that in a matter which has 'wide-ranging repercussions', it would have been prudent for the single judge to grant the authorities time to file their response and then hear them before passing an order which is in the nature of final relief.

Service charges 'takes color' of a 'quasi-government or government charge' and cause embarrassment if one refuses to pay, he added. The court, during the hearing, said that there was no issue with regards to putting a 'price tag' on any of the items and asked the restaurant associations if they could 'superimpose' service charges on consumers.

Senior advocate Kapil Sibal, representing a restaurant association, said that the issue of levying service charges was not merely of giving a ?tip? and it pertained to an industry practice governed by the right to business under Article 19(1)(g) of the Constitution and has been going on for seventy years.
He added that there is an industrial award that adjudicated payment of service charges to restaurant employees in an equitable manner.

The court however remarked that service charges can't be imposed to recover such payments from the consumers.

"That problem can't be worked on a consumer. The fact that you as an employer do not want to pay your employee can't mark it on the consumer. You pay for your employee," the court said.

Earlier this week, the court had questioned why restaurants should recover service charges from consumers as an 'additional' and 'separate levy', remarking that a common man perceives service charges as a government levy.

The court had said that restaurants can increase their food prices to absorb this charge instead of recovering it in the form of an additional charge over and above the total bill.

The single judge on July 20 order had said that the stay is subject to the members of the petitioners ensuring that the levy of service charge in addition to the price and taxes and obligation of the customer to pay the same is duly and prominently displayed on the menu or other places.

Further, the members will also undertake not to levy service charges on any takeaway items, the order had added.

The NRAI claimed before the single judge that the prohibition under the July 4 order was 'arbitrary, untenable and ought to be quashed' as it has been issued without an appreciation of the facts and circumstances. "Levy of service charge has been a standing practice in the hospitality industry for more than 80 years which is evident from the fact that the Supreme Court took notice of this concept way back in 1964," the petition had said.

Centre to issue advisory against service charge on food bills