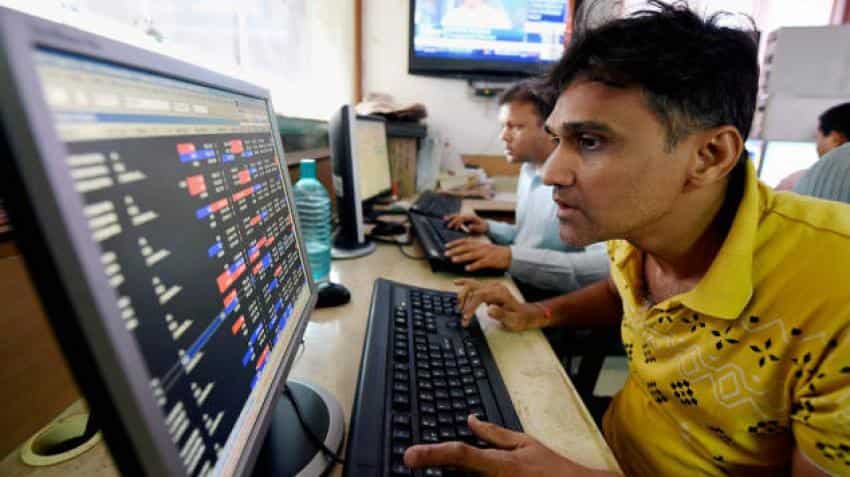 The Sensex and Nifty slipped on Thursday, hurt by financials, while doubts whether the Bharatiya Janata Party (BJP) could prove its majority in Karnataka weighed on investor sentiment. State BJP president BS Yeddyurappa was sworn in as chief minister on Thursday morning even though his party fell short of an outright majority. He has now 15 days to prove his majority in the state legislative assembly.

The state election had a temporary effect on the markets, but macro-economic factors such as the rise in crude oil prices and inflation will have a bigger say in the medium term, said analysts. The Brent crude, meanwhile, surged above $80 for the first time since November 2014.

"While the markets opened strong but gradually drifted into the red late morning and remained range bound as better than expected results from Bajaj Capital enabled the markets recover some lost ground. But the markets started falling like a stone as Brent Crude pierced the $80 mark. A close below the 10,700 mark is considered a week close. The Nifty is now on a weak wicket," said VK Sharma, Head Private Client Group & Capital Market Strategy at HDFC Securities.

Index heavyweights Housing Development Finance Corp and Reliance Industries were among the top drags, closing down 2.01 percent and 1.27 percent respectively.

On the Nifty, the top gainers were Bajaj Finance, Bajaj Finserv and Coal India. The major losers were Hindalco Industries, UPL and ITC.

Among individual stocks, the recent drubbing Punjab National Bank share price has pushed its market value down so much that it quotes below the market capitalisation of its subsidiary PNB Housing Finance. PNB's market cap has halved since it was hit by a massive banking fraud allegedly carried out by diamantaire Nirav Modi and his uncle Mehul Choksi.

Muthoot Finance fell as much 7.6 per cent after the company reported weak quarterly revenue from financing.

Tata Steel fell as much as 3.1 per cent after the company posted a quarterly profit on Wednesday on the back of a one-off pensions gain.

Among the gainers, Divi's Laboratories rose as much as 4.1 per cent after a unit in Telangana did not receive any 483 observations following an inspection by the US Food and Drug Administration. The stock settled flat at Rs 1166.