Investors had been unnerved by signs of a tightening presidential race between Clinton and Republican candidate Donald Trump, whose stance on foreign policy, trade and immigration are seen as less predictable by financial markets. 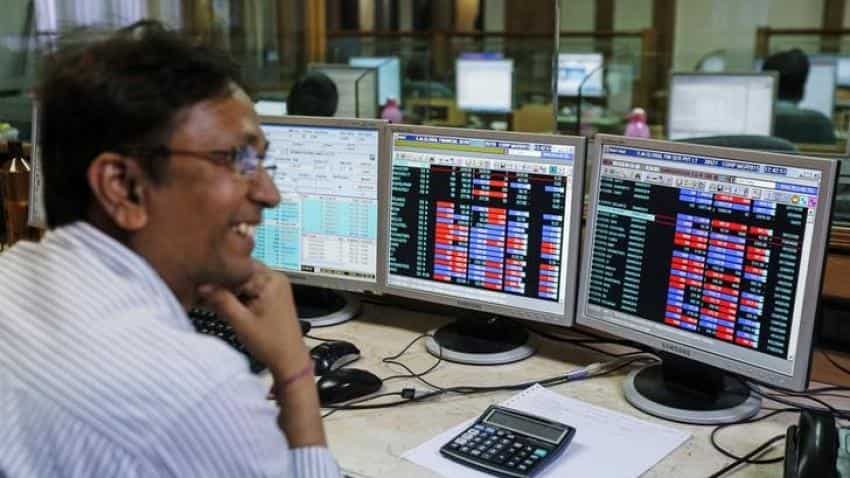 A broker laughs while speaking to a colleague, as they trade on their computer terminals at a stock brokerage firm in Mumbai. Pic: Reuters

Indian shares rose about 1 percent on Monday, snapping four sessions of losses, as Democrat Hillary Clinton`s prospects improved in the U.S. presidential race after federal investigators cleared her in their latest review.

The FBI said on Sunday it stood by its earlier finding that no criminal charges were warranted against Clinton for using a private email server for government work.

Asian shares rose on optimism over Clinton`s chances just two days ahead of the election. The MSCI`s broadest index of Asia-Pacific shares outside Japan advanced 0.8 percent.

Investors had been unnerved by signs of a tightening presidential race between Clinton and Republican candidate Donald Trump, whose stance on foreign policy, trade and immigration are seen as less predictable by financial markets.

"It is basically a sentiment-driven market. Markets are perceiving that Clinton has now become a stronger candidate than Trump," said Saurabh Jain, assistant vice-president of research at SMC Global Securities.

Financial and healthcare stocks were among the biggest percentage gainers on the NSE index after posting heavy losses last week.

The Nifty Bank index and the Nifty Pharma index rose as much as 1.4 percent and 3.3 percent, respectively, rebounding after four sessions of declines.

ICICI Bank Ltd , which is set to report quarterly results later in the day, was up 2 percent after falling 2.6 percent last week.

Drugmaker Lupin Ltd climbed as much as 8 percent, after the company on Friday said the U.S. FDA had cleared its Goa manufacturing plant for exports.

Shares in PNB Housing Finance Ltd rose as much as 16.5 percent on their market debut after a $450 million initial public offering.