The Indian rupee opened higher at 16 paise at 66.86 against dollar as compared to the previous close of 67.02. 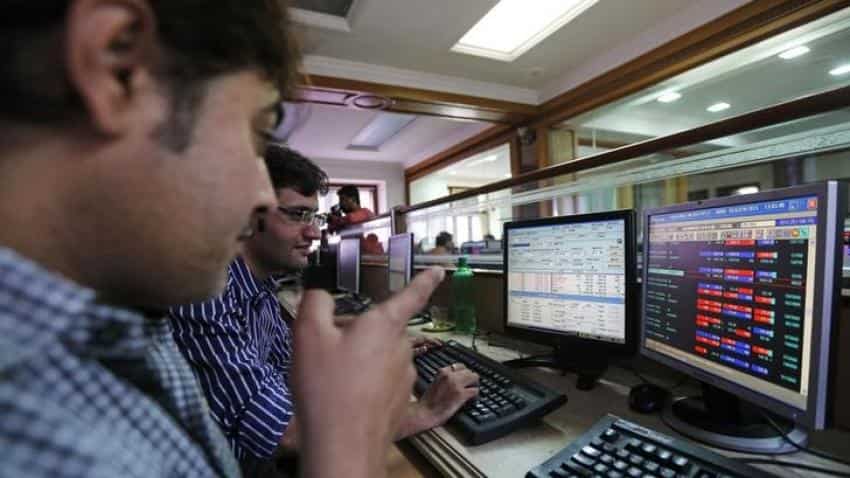 The banking and Auto sectors were in lead with 339.13 points and 344.39 points respectively. Photo: Reuters

The domestic markets on Friday opened nearly 1% up due to positive global cues. 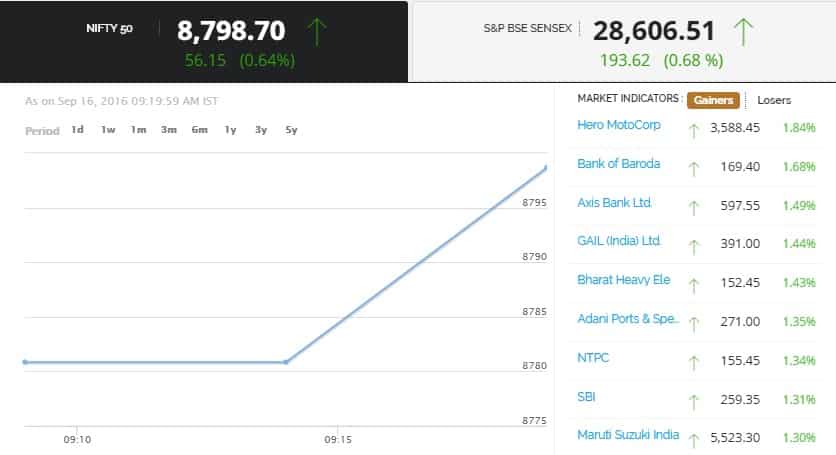 Likely to close the merger deal with Aircel, the stocks of Reliance Communication will be in focus. During early trade, the shares of the company were trading at Rs 49.60, down 0.40%.

The banking and Auto sectors were in lead with 339.13 points and 344.39 points respectively.

The Indian rupee opened higher at 16 paise at 66.86 against dollar as compared to the previous close of 67.02.

On the global front, Asian stocks firmed after weak US data reduced the already low chance of an interest rate increase by the Federal Reserve at next week`s meeting, sending the Treasury yield curve surging to its steepest level in 2-1/2 months, a Reuters report said.

MSCI`s broadest index of Asia-Pacific shares outside Japan rose 0.3%, but it was headed for a loss of 2.4% for the week. US August retail sales and manufacturing output fell more than expected, data released Thursday showed.