Both Sensex and Nifty have touched an intraday low of 35,714.16 and 10,729.30 in the trading session so far. This can be attributed to a pre-dawn surgical strike carried on camps across the Line of Control in the Pakistani side. 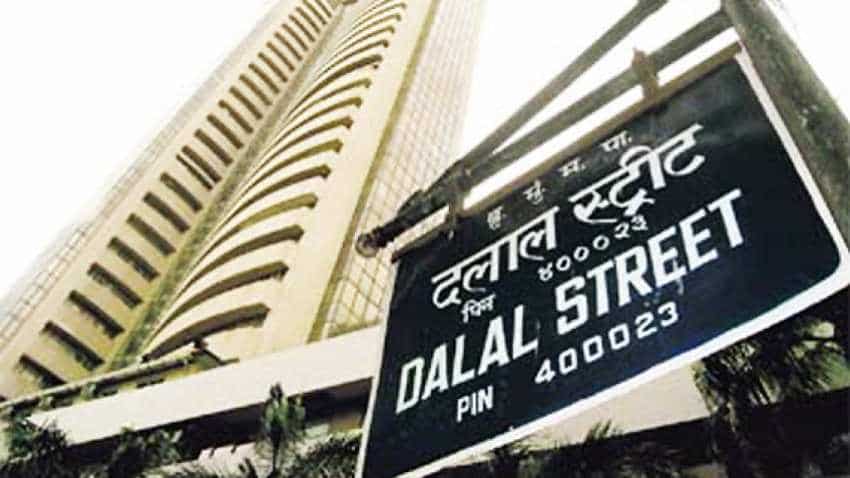 Interestingly, it is believed that, post non military strikes will result in positive sentiments on Dalal Street. Photo: Reuters

The Indian benchmark Sensex and Nifty had their share of bloodbath on Monday’s trading session, by giving away nearly 500 points and 150 points, respectively. However, at around 1446 hours, Sensex was trading at 36,156.07 down by 57.31 points or 0.61%, on the other hand, Nifty 50 was performing subdued at 10,887.95-level. Both Sensex and Nifty have touched an intraday low of 35,714.16 and 10,729.30 in the trading session so far. This can be attributed to a pre-dawn air strike carried on camps across the Line of Control in the Pakistani side -- 12 days after Pulwama attack. Interestingly, it is believed that, post non military strikes will result in positive sentiments on Dalal Street.

Dr. Soumya Kanti Ghosh, Group Chief Economic Adviser at State Bank of India in a research note states that,  “While the initial response of the financial market has been negative, we believe such attacks are unlikely to have any material impact on the markets.”

Two examples were given by SBI, on strike carried in Pakistan and their impact on stock exchanges. Let’s find out!

During the Kargil War fought between India and Pakistan in July 1999, the leading indices of Indian stock markets showed an initial decline but recovery thereafter. Sensex and Nifty had declined by 286 points and 79 points in 3 trading initial days, respectively, but recovered thereafter and ended higher by 652 points and 191 points when the conflict ended.

At the same time,  Rupee had depreciated by 1.2% against dollar, while there was a minor change of 2 bps in 10-Yr Gsecs. It may be noted that India had a fiscal deficit of close to 6% in FY2000. Interestingly, the rupee stayed at the nearly the same level during the rest of the FY2000 indicating that the value of the rupee is more determined by external factors.

SBI reiterates that, overall impact of the Kargil war was actually market positive. The economy grew at the rate of 8% compared to 6.5% growth a year before.

India in Modi government’s regime  conducted "surgical strikes" on September 29, 2016, against militant launch pads across the Line of Control in Pakistani-administered Kashmir,  and inflicted significant casualties.

Post the surgical strike,  Indian stock markets showed decline for couple of months but recovered thereafter. Sensex and Nifty had declined by 1462 points and 491 points, respectively in the post 3-months, but recovered thereafter and ended higher by whopping 3456 points and 1198 points, respectively in post 1-year. After 1-year, the INR had appreciated by 2.36% against the USD, while 10-Yr G-secs moderated by 20 bps. Overall impact of the Uri surgical strike war was actually positive for the market .

Hence, Ghosh said, “We also believe that the impact of today’s air strikes will have no material impact on the markets as like the Kargil / Uri conflict.”

For one thing in common, Ghosh says, “these conflicts are more localized in nature. Also, now that India has clearly reaffirmed that its patience can't be taken for granted, these will in fact act as a positive for the markets for the decisiveness in India's foreign policy.”