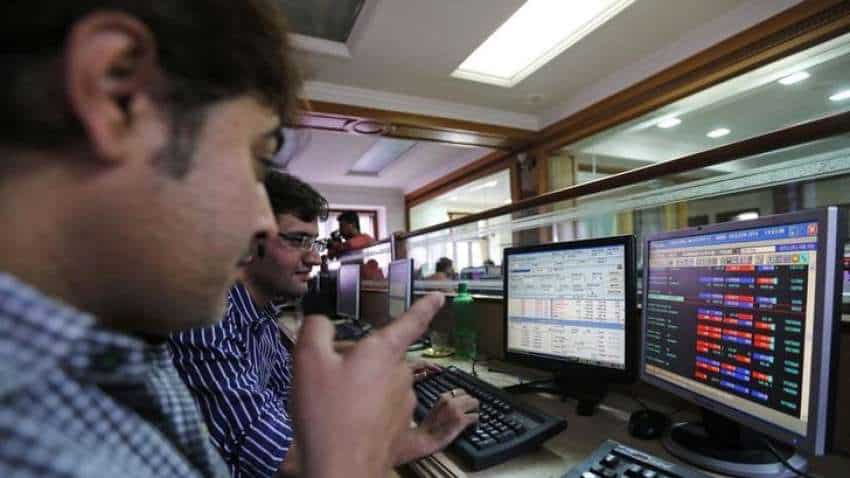 The Sensex and Nifty weathered volatility to end sharply higher today, propelled by a late-session surge as investors snapped up healthcare, telecom and financials stocks amid mixed global cues. The BSE Sensex, which was trading flat with a negative bias for the major part of the day, spurted 257.21 points or 0.73 per cent to finish at 35,689.60.

Sentiment was buoyed after data showed that foreign portfolio investors (FPIs), who had been net sellers for the past several sessions, were back to buying mode on the domestic bourses.

On the global front, all eyes were on a crucial OPEC meet amid indications the oil cartel may agree to a production increase.

"Market recouped yesterday's loses led by outperformance by pharma and banking stocks while appreciation in rupee also gave a positive sentiment to the broad market.

"Oil price rose despite OPEC proposal to increase output by 1 mbpd. Investors may like to have a closer view on oil due to global risk. Trade tension and faster pace of tightening by Fed may refrain the market from a decisive uptick," said Vinod Nair, Head of Research, Geojit Financial Services.

Reliance Industries, which made fresh closing highs for the past few sessions, succumbed to profit-booking, sliding 1.94 per cent.

In the broader market, the BSE mid-cap index rose 0.46 per cent while the small-cap gauge inched up 0.07 per cent.