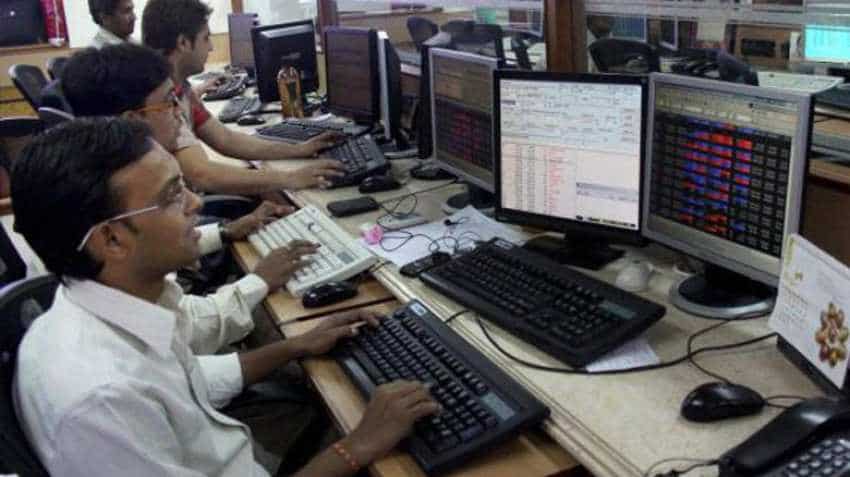 Overseas, global stocks rose as strong company earnings reports and an easing of transatlantic trade tensions on an agreement between the United States and Europe this week to try to cut trade barriers boosted investor confidence.

13) Vinod Nair, Head of Research, Geojit Financial Services: Growth and earnings outlook is showing signs of pickup which elevated the market to a new high. On the global front, ECB kept the key rates on hold while signs of ease in trade tensions between US and EU added some confidence. Notably, mid cap also participated in the rally as worst of earnings seems to be over. However valuation remain on higher side as compared to large caps.

Reliance Industries share price rallied over 2 per cent on Friday ahead of its June quarter earnings scheduled for later today post market hours. The Mukesh Ambani-owned energy to telecom conglomerate may report a decline or marginal uptick in its net profit and gross-refining margin (GRM), while petrochemical earnings are expected to report strong performance. Ahead of Q1 results, RIL share price was trading strong, gaining as much as 2.36 per cent to Rs 1136.60 on the BSE. RIL's stock has rallied 21 percent in 2018 on top of a 70.5 percent surge in the previous year. It is jusr Rs 3 away from its record high of Rs 1,138.25 touched last week.

Hindalco share price surged nearly 7 per cent on Friday after the company announced acquisition of American aluminium maker Aleris in a $2.58-billion leveraged deal through its overseas subsidiary Novelis. After a positive start, the stock extended gains, jumping 6.68 per cent to Rs 220.35 on BSE. On NSE, shares of the company soared 6.89 per cent to Rs 220.80.

ITC share price spiked nearly 7 per cent to hit its fresh 52-week high on Friday after the cigarette-to-FMCG firm reported 10 per cent increase in standalone net profit at Rs 2,818.68 crore for the June quarter, aided by lower expenses, good growth in agri-business and other FMCG business despite decline in cigarettes sales. The company had posted a standalone net profit of Rs 2,560.50 crore in the first quarter of last fiscal year. Reacting to its earnings, the stock gained as much 6.9 per cent to Rs 307 on the BSE. The stock was the top gainer on Sensex and Nifty.

Bharti Airtel: Bharti Airtel reported the first ever loss of Rs 940 crore from its mainstay India business for the June quarter as it bled to retain market dominance in the face of free voice calls and dirt cheap tariffs from Reliance Jio. Airtel, however, reported a Rs 97 crore net profit on a consolidated basis in the April-June period after taking into account revenues from its Africa business

The Sensex and Nifty hit their fresh closing highs on Thursday with the benchmark Sensex crossing 37,000 for the first time ever in intraday trade, led by banks. The Sensex ended at 36,984, up 126.41 points, while the broader Nifty50 settled at 11,167, up 35.30 points. In intraday trade, the Sensex touched its fresh high of 37027, while Nifty hit its fresh lifetime high of 11,179.60. The Nifty PSU Bank index surged 5.45 per cent in its sixth straight session of gains.