MSCI's broadest index of Asia-Pacific shares outside Japan was flat, retaining most of its 0.36% gain from Monday. 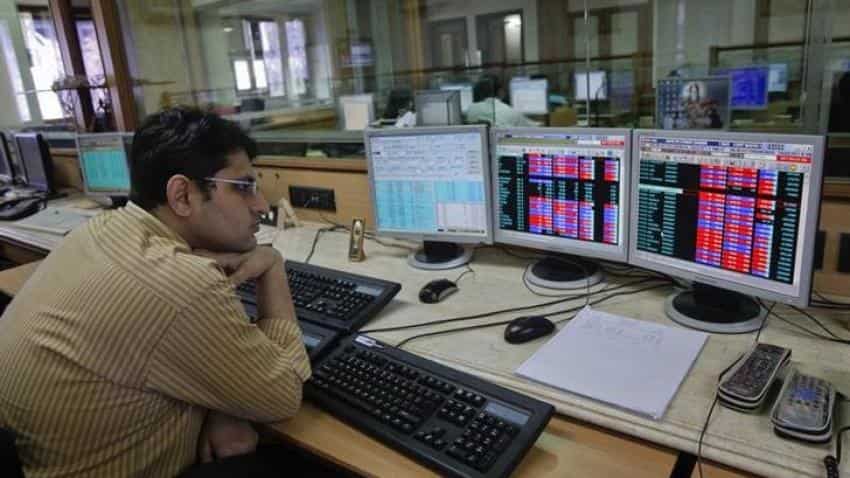 Music Broadcast Ltd`s initial public offering (IPO), which opened on Monday, was subscribed 51% of the offer. According to data from stock exchanges, out of about 1.04 crore shares offered, 53.17 lakh shares were subscribed on the opening day while shares reserved for retail investors were fully subscribed.

The company has set a price band of Rs 324-333 per shares. The three-day IPO will close on Wednesday.

Reliance Industries: Shares of Reliance Industries on Monday touched 9-year high. Since its announcement on February 21, 2017 to monetise its telecom arm Reliance Jio after offering free data for many months to users, the shares of the company have given nearly 20% returns in just two-weeks.

State Bank of India: Government on Monday asked SBI to reconsider its decision to levy penalty on non-maintenance of minimum balance, which the bank plans to hike manifold from April 1 impacting over 31 crore savings bank account holders.

The country's largest lender has announced imposing penalty ranging from Rs 20-100 on non-maintenance of Minimum Average Balance (MAB) in savings bank accounts from April 1. The penalty is as high as Rs 500 in case of current accounts.

Tata Steel: Clearing the rumours, Tata Steel on Monday said that it continues to be in talks with Thyssenkrupp.

The company said, "Tata Steel would like to inform that it continues to be engaged and is in constructive discussions with Thyssenkrupp regarding a potential merger of the steel business of the respective companies in Europe."

Dredging Corporation of India: DCI soared over 12% touching 52-week high on Monday morning as Government looked to sell its majority stake in the company. A cabinet note has been prepared on this proposal and is being circulated among key ministries for comment, as per a media report.

IT stocks: The shares of Indian IT companies on Monday plunged in US market after the suspension of fast tech H1-B visas.

Coal India: On Monday, Coal India had said its Board of Directors approved payment of interim dividend for 2016-17 at Rs 18.75 per share.

"The Board of Directors of CIL in its meeting on Monday have approved payment of interim dividend for the financial year 2016-17 at Rs 18.75 per share of the face value of Rs 10 as recommended by the audit committee of CIL in its meeting," the company said in a regulatory filing to BSE.

On global front, Asian stocks were listless early on Tuesday after Wall Street slipped on concerns about US President Donald Trump's ability to focus on economic policies, while the euro slid on fears an anti-European Union candidate may be elected France's next president, as reported by Reuters.

MSCI's broadest index of Asia-Pacific shares outside Japan was flat, retaining most of its 0.36% gain from Monday. Japan's Nikkei fell more than 0.1%, driven lower by demand for the safe haven yen.