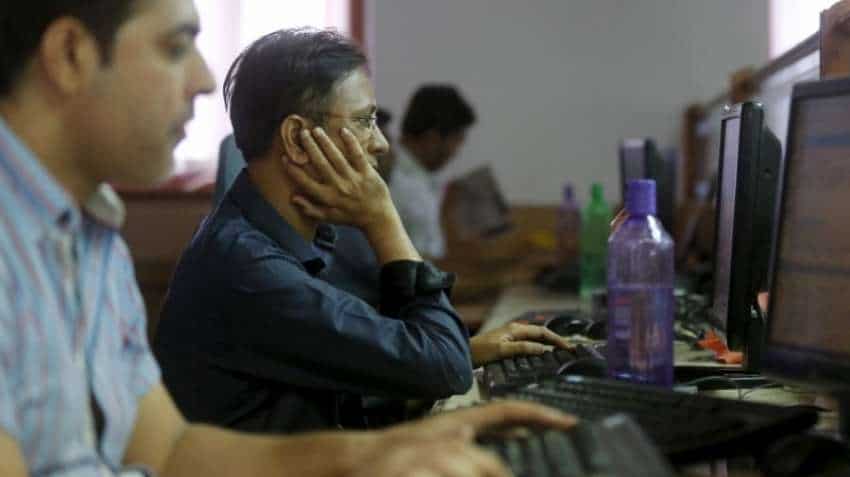 The Sensex and Nifty fell on Wednesday to a three-week closing low, as investors turned cautious a day before the expiry of derivatives contracts, while rising oil prices also dampened sentiment. The Sensex settled at 35,217, down 272.93. Nifty ended at 10,671, down 97.25 points.

In the broader market, the BSE Midcap and the BSE Smallcap indices underperformed to lose up to 2 per cent.

"Market sentiment is getting weak due to weakening rupee and lingering trade war between US & other major economies. The market is struggling for direction due to lack of domestic triggers while investors remained on a cautious note ahead of F&O expiry. Banks and Metals led the losses while IT outperformed due to rupee depreciation," said Vinod Nair, Head of Research, Geojit Financial Services.

On the NSE, Tech Mahindra, Bharti Infratel and HCL Technologies were the highest gainers, while BPCL, Hindustan Petroleum and Indian Oil Corp lost the most.

Sentiment took another hit after the Reserve Bank of India, in its Financial Stability Report (FSR) on Tuesday, said stress in the banking sector continues as gross non-performing assets (GNPA) ratio rises further.

Most Asian markets, led by China, ended lower as jitters over trade conflicts between the US and other major economies lingered.