On Wednesday, Reserve Bank of India is likely to cut the interest rate considering inflation has touched two-year low in the month of December. 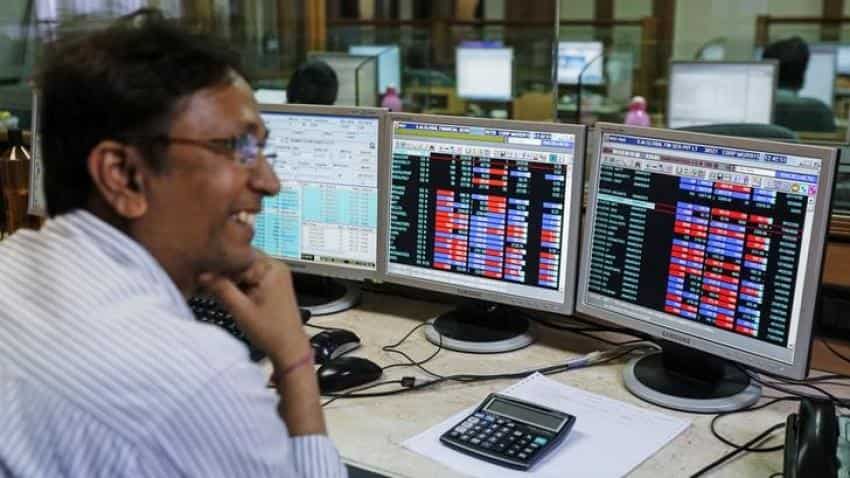 Another reason why the markets are surging is rising rate cut hope from RBI. Photo: Reuters
Written By: Hitisha Jain
RELATED NEWS

Is Budget the main reason?

During the pre-budget period, analysts had predicted that the markets in the medium-term resistance level may be broken if the budget is strong.

Amit Goenka, Analyst at multibaggerstocks.co.in, had told to Zeebiz, "Medium-term resistance levels for Sensex and Nifty may be broken if the budget is strong. The level for Sensex will be 28,250 and for Nifty will be 8,750."

Both the levels on Monday were broken today.

Talking about today's gains, Goenka said, "That is because the FPI's wanted clarity with respect to the general anti-avoidance rule (GAAR) as well as a tax on indirect transfer. The budget has answered that and moreover there is no new tax on short term capital gains and the long term capital gains holding period has remained the same. Thus keeping the inflows intact."

"We have looked at the three year data of Sensex and Nifty performance a week after the budget announcement. Looking at the trend, the markets have not disappointed atleast for a week post the Budget since 2014," he said.

Since 2014, domestic markets have gained post the announcement of Annual Budget.

Another reason why the markets are surging is rising rate cut hope from RBI. On Wednesday, Reserve Bank of India is likely to cut the interest rate considering inflation has touched two-year low in the month of December. This has given more room for the central bank to consider the rate cut.

ASSOCHAM President Sunil Kanoria, in a report released on February 5, said that the industry is expecting at least 50-75 basis points reduction in the policy interest rates and the banks should pass on the entire benefit to the borrowers.

“As a majority owner of the banks and as a regulator, both the government and the RBI have roles in advising banks to pass on the commensurate reduction in the interest rates. This is all the more important in the wake of dismal credit growth, marked by subdued consumer demand and lack of investment appetite despite lowering of the lending rates,” Kanoria said.