In the broader market, the S&P BSE Midcap and the S&P BSE Smallcap indices gained up to 0.4 per cent. 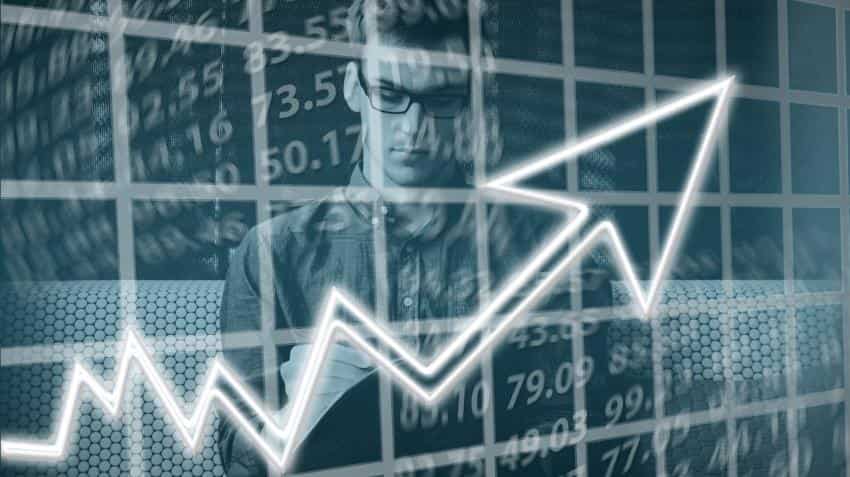 foreign investors put in a whopping Rs 8,700 crore in the market this month so far on expectation of recovery in corporate earnings and attractive yields. Image source: Pixabay
Written By: ZeeBiz WebTeam
RELATED NEWS

The domestic market kicked off the holiday-truncated week higher on Monday even as the financial markets in the United States and Asian stocks took a knock early on Monday after the US government was forced to shut down amid a dispute between President Donald Trump and Democrats over immigration.

In the broader market, the S&P BSE Midcap and the S&P BSE Smallcap indices gained up to 0.4 per cent.

"For the coming week, we are likely to see choppy trades with higher volatility as we head for the F&O expiry week which is a truncated one. As far as levels are concerned, 10,940-11,000 are likely to act an immediate hurdle; whereas, on the downside, 10800 would be seen as immediate and important support levels. At this juncture, a prudent strategy would be to stay light on positions and book positions in long at higher levels," said brokerage Angel Broking in a research note."

ONGC was the leading gainer on the Sensex and rallied over 6% to Rs 206 on the BSE after the state-owned company said it will acquire the government's entire 51.11 per cent stake in HPCL for Rs 36,915 crore. ONGC will pay the government Rs 473.97 per share, a premium of over 10 per cent of the 60-days weighted average of HPCL's scrip.

Reliance Industries gained 2 per cent to Rs 950 after the company reported profit for the seventh straight quarter, a 25% increase in quarterly profit, as its telecom unit swung to a profit and the petrochemical business posted strong gains.

As many as 29 companies are scheduled to report their results. These include Axis Bank, Asian Paints, Havells India, Diwan Housing, JustDial, Rallis India, and Videocon Industries, among others.

Meanwhile, foreign investors put in a whopping Rs 8,700 crore in the market this month so far on expectation of recovery in corporate earnings and attractive yields.

Overseas, Asian markets were trading lower. MSCI's broadest index of Asia-Pacific shares outside Japan dropped 0.2 per cent while Japan's Nikkei was down 0.1 per cent.