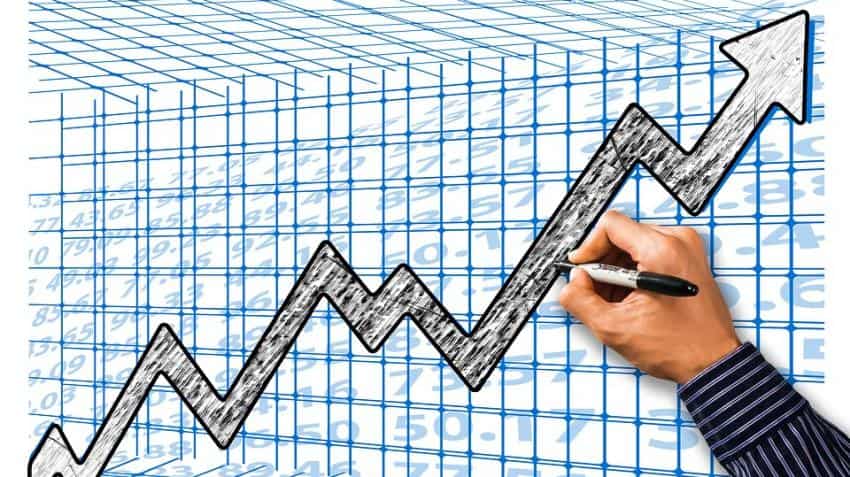 The Sensex and Nifty settled Friday's session at a fresh six-week high on Friday, gaining for the seventh straight session in a row, its longest winning streak since November 24 last year, as investors cheered positive macro data released on Thursday and remained optimistic ahead of the earnings season for the March quarter that kicks off today with Infosys Q4 results lined up later today.

For the week, both the key indices finished higher for third week in a row. The BSE Sensex recorded a massive rise of 565.68 points, or 1.68 per cent, while the NSE Nifty climbed 149 points, or 1.44 per cent, during the week.

Investor sentiment was upbeat thanks to positive macro data announced after trading hours on Thursday and optimism ahead of earnings by Infosys coupled with a positive trend in global markets which were set to post their biggest weekly gain in over a month as investors seemed to shrug off the uncertainty over tension in the Middle East and the prospect of a global trade war.

Among individual stocks, Reliance Industries share price rallied over 1 per cent to Rs 938.85 after the company said it will buy a majority stake in the artificial intelligence (AI)-based education technology provider Indiavidual Learning Pvt Ltd (Embibe) from existing investors over the next three years, and will invest $180 million into the company over the next three years.

Overseas, European bourses opened positive, with the pan-European STOXX 600 index on track for its third straight week of gains, its longest winning streak since January. The beginnings of European companies’ first-quarter results were largely positive, though misses were badly punished.