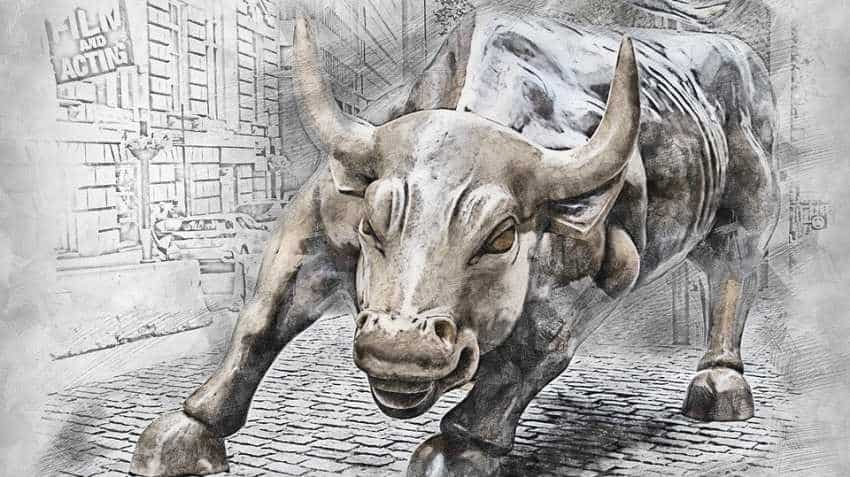 Nifty is just 145 points away from its lifetime high of 11,171. Image source: Pixabay
Written By: ZeeBiz WebTeam
RELATED NEWS

The benchmark Sensex spiked over 250 points to hit a record high of 36,525.66 points ahead of the release of key macroeconomic data amid fresh foreign capital inflows even as global markets traded lower amid fears of an escalation in the US-China trade war.

Here are five reasons why markets are on a roll:

The Q1FY19 earnings season kicked off on a positive note with Tata Consultancy Services (TCS) logging a record performance. The IT giant reported Rs 7,340 crore consolidated net profit for the first quarter of fiscal 2018-19, registering 23.5 per cent annual and 6.3 per cent sequential growth. Reacting to this, TCS share price hit its lifetime in the previous session.

Private sector lender IndusInd Bank also posted a 24 per cent increase in net profit at Rs 1,036 crore in the June quarter on healthy rise in advances and core interest income.

Global benchmark Brent crude oil recorded its biggest one-day drop in two years on Wednesday as escalating US-China trade tensions threatened to hurt oil demand, and news that Libya would reopen its ports raised expectations of growing supply. Brent crude fell $5.46, or 6.9 per cent, to settle at $73.40 a barrel. The decline was the largest one-day move on a percentage basis since February 9, 2016. US crude fell $3.73, or 5 per cent, to $70.38 a barrel.

On Thursday, Brent crude rose more than $1 on Thursday, recouping some ground after its biggest one-day drop in two years in the previous session on news that Libya would resume oil exports and US-China trade tensions.

The fact that India's share is just 2 per cent of the total global trade, trade war between US and China is not going to make a big impact on India. There are, in fact, pockets of profit as trade war escalates between US and China. Pharma companies, textile firms, rice firms and chemical firms are some of the pockets that stand to gain from the trade spat between Washington and Beijing.

After hitting an all-time low, crossing 69 mark against US dollar, the rupee has finally gained stability. It firmed up by 19 paise to 68.58 against the dollar in early trade today. Tanvee Gupta Jain (Economist) AND Rohit Arora (Strategist) OF UBS Securities India sees rupee's fair value in 64-66 range.

"Our model indicates the INR has overshot its equilibrium value and is undervalued at its current level (see inside for more details). Our analysis suggests the fair value of the INR based on productivity-adjusted REER is in the 64-66 range," they wrote in a note.

Technical charts of Nifty suggested a recovery in index. "On Wednesday, Nifty formed a Spinning Top candle on a daily chart which indicates that bears are trying to defend psychological 11000 zones. Now till it holds above 10,880 it could extend its gains towards 11,000 then life time high of 11,171, while on the downside supports are seen at 10,835, then 10,770 levels," said brokerage Motilal Oswal Securities in its market outlook report.