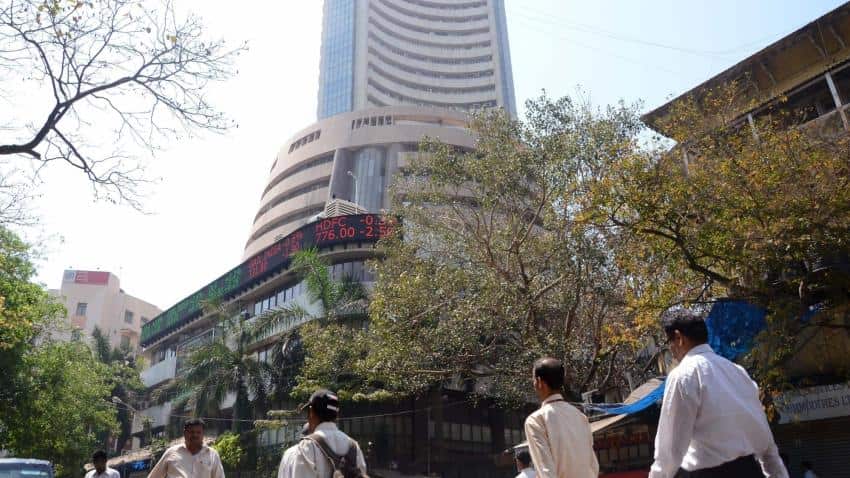 The BSE Sensex fell over 75 points to 31,070 and the Nifty slipped below 9,600-mark in early trade on Thursday as participants trimmed their positions, triggered by lower gross domestic product (GDP) numbers and core infrastructure sectors growth.

Trading sentiment suffered a setback after macroeconomic indicators such as GDP numbers and core sector growth showed that the country's economic growth has slowed down.

India's economic growth slowed to 7.1% in 2016- 17, the year in which 87% of the currency was demonetised, despite a very good showing by the agricultural sector.

The Gross Domestic Product (GDP) was 6.1% in the January-March quarter, the immediate three months after the demonetisation was affected on November 9, 2016.

The growth of eight core sectors declined to 2.5% in April, mainly due to lower coal, crude oil and cement productions, too dampened trading sentiment, brokers said.

Stocks of oil and gas, metal, IT, banking, teck, PSU and capital goods led the losses.

Shares of state-run oil marketing companies such as BPCL, HPCL and IOC were trading in negative zone with losses up to 1.97% despite a hike in petrol and diesel prices.

The US Dow Jones Industrial Average ended 0.10% down in Wednesday's trade.