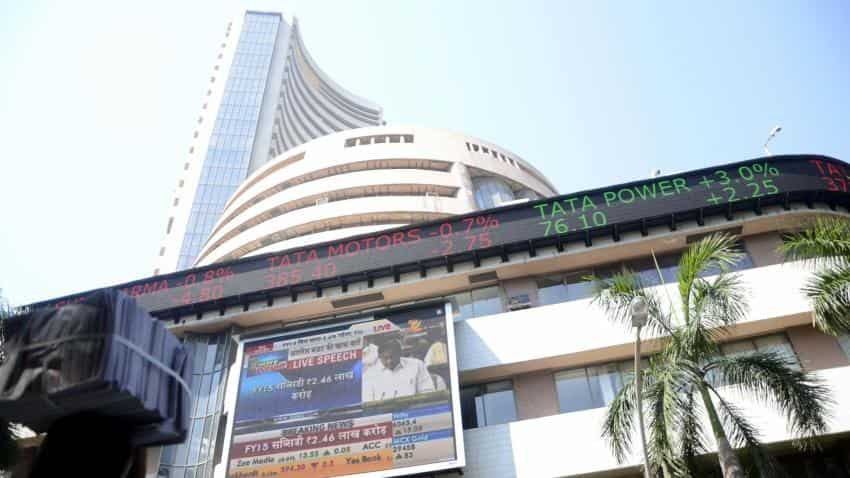 The benchmark indices extended losses as the session progressed even as global cues remained positive with the Asian markets ticking up, joining a global recovery.

In the broader market, the BSE Midcap and the BSE Smallcap indices underperformed to slip over 1 per cent each.

"Due to last week’s consolidation, we can see a defined range of 10,650-10,398 for the index going forward. On daily chart, we can see a formation of ‘Inverted Pennant’ in the making. A slide below 10,398 would confirm the pattern and in this scenario, we can expect retesting of 10,200-10,033 levels in days to come," said Angel Broking in a technical note.

"On the flipside, a move beyond higher end (10650) would provide some relief rally; but it certainly does not change the ‘Sell on Rise’ strategy in the near-term," the brokerage added.

Tata Steel shed nearly 5 per cent to Rs 654 and was the leading loser on Sensex after the company offered Rs 35,000 crore to the lenders of Bhushan Steel as well as a 12 per cent equity stake in the beleaguered company. Bhushan Steel, meanwhile, hit its upper circuit of 20 per cent at Rs 53.85.

Banking stocks hit the indices lower with the Nifty PSU Bank slipping 2 per cent. Allahabad Bank (down 5 per cent), Union Bank (down 4 per cent) and Punjab National Bank (down 3 per cent).

Overseas, Asian markets were trading higher. MSCI’s broadest index of Asia-Pacific shares outside Japan rose 0.4 per cent, having recovered more than 40 percent of their losses from late last month to last week’s low.

On Wall Street, the S&P 500 rose marginally on Friday to mark its biggest weekly increase in five years, although earlier gains evaporated after a 37-page indictment filed by US Special Counsel Robert Mueller charged 13 Russians and three Russian companies for meddling in the 2016 US presidential election.

MSCI’s index of stock markets across the globe gained 4.3 per cent last week, the best weekly performance since December 2011.